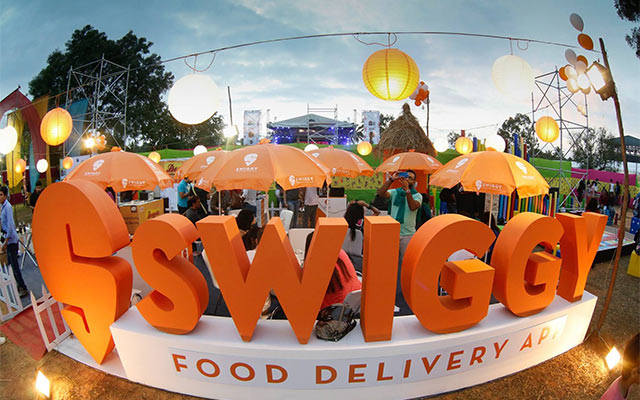 The Economic Times, which first reported the development citing the company's filings with Registrar of Companies (RoC), said the investment round has valued the startup at Rs 865 crore (around $130 million). Nandan Reddy, co-founder, Swiggy, declined to comment when contacted by Techcircle.in.

In January 2016, Swiggy had raised $35 million (around Rs 236 crore) in a Series C round of funding from New York-based investor Harmony Partners and Singapore-based RB Investments. Existing investors also participated in the round.

Swiggy's platform enables customers to order food from restaurants in eight cities, including Bangalore, Gurgaon, Hyderabad, Delhi, Mumbai and Pune. It claims to have over 5,000 restaurants listed on its platform. The startup also claims to deliver 38,000 orders per day.

Currently, there are several players in the food-tech space. While startups such as Eatfresh, Faasos and FreshMenu follow a 'full-stack' model wherein they manage the end-to-end food-supply process from preparation to delivery, firms such as Swiggy, TinyOwl, Zomato Order and Foodpanda act as standalone food ordering platforms.

The online food ordering space in India is estimated to be worth around Rs 6,000 crore, according to a report by India Brand Equity Foundation. However, this segment is transaction-driven and margins can be wafer thin.

Many players in the online food ordering space have been facing challenges in terms of raising funds and scaling up.

According to media reports, TinyOwl is likely to merge with hyperlocal on-demand logistics startup Roadrunnr in an all-stock deal. The startup has been finding it difficult to raise follow-on funding after surging cash burn forced it to lay off more than 200 employees in a bid to cut costs. Following the layoffs, TinyOwl co-founder Gaurav Choudhary was held hostage at the startup's Pune office by a group of former staffers who asked the firm to settle the dues it owed.

Also, recently, the brokerage arm of HSBC—which initiated coverage on Info Edge (India) Ltd, the largest shareholder of Zomato—cut its valuation of the restaurant listing site by half to $500 million.