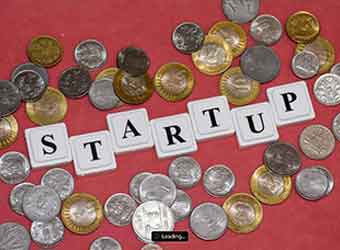 Has the moment of reckoning arrived for Indian internet companies? As India's e-commerce poster boy Flipkart suffered its fifth markdown this week, this was the question that was on everyone's lips. Around $5.8 billion has been shaved off its mid-2015 value of $15.2 billion when it last raised funds. A long overdue reality check seems to be finally happening with VCs and investment firms asking whether the startups they have backed will turn profitable anytime soon.

Flipkart's valuation woes started in February this year when a mutual fund managed by global financial services firm Morgan Stanley cut the e-commerce firm's value by 27%. Three other investors in Flipkart have reduced the value of their stake in the Indian company over the past two months. American mutual fund T Rowe Price, in April, knocked down the holding value of its investment in Flipkart by 15.1%. Earlier this month, US mutual funds Fidelity Rutland Square Trust II and Valic Co. cut the value of their holdings inFlipkart by 40% and 29%, respectively. The latest markdown by Morgan Stanley saw the value of its stake in the company go down by 15.5%.

But it isn't just Flipkart that is getting a drubbing. Last month, HSBC's brokerage arm HSBC Securities and Capital Markets slashed restaurant listings and discovery company Zomato Media Pvt Ltd's estimated valuation by half to about $500 million. Again, global internet global internet companies such as Uber, LinkedIn, Twitter, Airbnb, Snapchat, Dropbox, Cloudera and Palantir have also been devalued by 15-60% in the past year by some of their mutual fund investors.

While Flipkart and Zomato have shrugged off these valuation concerns, the scepticism among their investors indicate that all is not rosy with these bellwether startups. Growth metrics have now upstaged potentiality. And if this is the case with India's startup heroes, what is happening with the hundreds of startups that have come up in the last two years? Already, there is a marked slowdown in the Indian tech funding scene. The fund crunch is more visible at the early-stage levels. And the impact can be clearly felt. Several tech startups across sectors have folded up, or have merged with stronger rivals, as a wave of consolidation sweeps thrown the Indian startup ecosystem. Will 2016 see a massive correction in valuation even as more internet startups go belly up?