Droom raises Series B funding from Beenext, Digital Garage and others 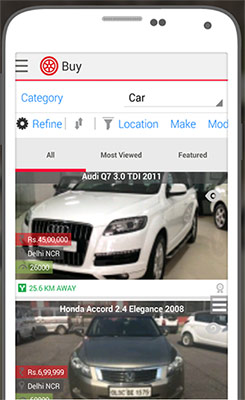 Online marketplace for used automobiles Droom has raised an undisclosed amount in its Series B funding round from investors led by venture capital fund Beenext and Japanese internet company Digital Garage.

Lightbox, Beenos and other existing investors also participated in this round.

The new funds will be used for expanding to newer markets, hiring more people, developing the technology platform, it said in a statement.

"We have been witnessing tremendous growth over the past 16 months in terms of adoption by sellers, number of categories and listings, and geographical presence in 142 cities across India, and GMV/transactions," said Sandeep Aggarwal, founder and CEO, Droom.

Aggarwal founded Droom in April 2014. He had earlier founded online marketplace ShopClues, which too was backed by Beenos. Aggarwal has also backed startups such as Shopsity, which connects offline retailers to customers, besides mobile wholesale marketplace Wydr.

In the online used automobiles selling space, Droom competes with players such as Truebil, Zoomo, CarDekho (which acquired Gaadi.com), Carwale and CarTrade in addition to horizontal people-to-people platforms such as OLX and Quikr.

Beenext had recently funded WorkIndia, a job portal for blue-collar workers. Beenext and Digital Garage, along with Beenos, had recently participated in the Series B funding round of Bangalore-based NoBroker Technologies Solutions Pvt Ltd, which runs a peer-to-peer property listings business for renting homes under NoBroker.com.