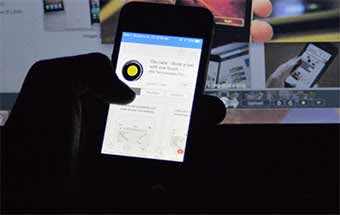 Cab aggregator Ola, run by ANI Technologies Pvt. Ltd, is likely to get a licence from the Karnataka state road transport authority within a few days to operate app-based ride-hailing services in the state.

This comes two months after the state government implemented the Karnataka On-demand Transportation Technology Aggregator Rules 2016 which mandates cab aggregators to have a minimum strength of 100 cabs in its fleet and a maximum of 15,000 cars to obtain a licence. These vehicles must also be fitted with tamper-proof GPS devices.

"The licence will be ready in two days. They have fulfilled the conditions under the new rule and furnished details of 100 vehicles. These vehicles have city and state taxi permits. The company has also paid more than Rs 1 lakh as security deposit. But its sister concern TaxiForSure has not yet complied with the rules. Ola has made a separate application for licencing the latter," The Times of India quoted HG Kumar, additional commissioner of transport and secretary, Karnataka state transport authority, as saying.

It is not clear whether Ola's arch rival Uber, run by Uber Technologies Inc, is also working towards obtaining such a licence.

Email queries sent to Ola and Uber did not elicit any response at the time of filing this report.

Karnataka On-demand Transportation Technology Aggregator Rules 2016, which came into effect from April 2 , cites section 93 of the Motor Vehicles Act, 1988, which states that persons engaged in soliciting customers for travel by public service vehicles are required to obtain a licence from the appropriate authority stipulated by the state government.

Under the new rules, cab aggregators applying for a licence have to maintain a fleet of at least 100 taxis either through ownership or through an agreement with individual taxi permit holders. They should also ensure facilities to monitor the movement of taxis with the help of GPS and GPRS along with a control room facility and display boards inside the taxis containing vehicle permit and the driver's details such as photograph, name, driving licence and ID card issued by the police department.

The licence, that will be issued under these rules, amounts to a contract carriage permit issued under section 74 or under sub section (B) of Section BB of the Motor Vehicles Act, 1988 and will be valid for five years.

While the move will resolve the ongoing showdown between app-based cab aggregators and the state government after the latter implemented the cab aggregator rules, it is not clear whether Ola as well as Uber will have to obtain similar licences in other states where they operate.