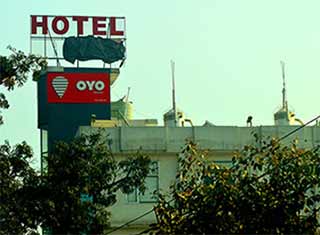 A Mumbai-based hospitality advisory firm has dragged OYO Rooms to court for failing to pay dues while Microsoft has launched an online store on TataCLiQ.com, the Tata Group's e-commerce website. Here's a quick roundup of the startup and technology stories of the day.

Mumbai-based hospitality advisory firm Noesis Capital Advisors has filed a petition in the Delhi High Court against Oravel Stays Pvt Ltd, which operates OYO Rooms, for failing to pay dues, according to a report in The Economic Times.

The advisory firm claimed that OYO Rooms used its services while scaling up but did not pay dues worth Rs 1.5 crore, the report said. It cited an OYO spokesperson as saying that the company availed services of Noesis through an exclusive contract but terminated the pact after it found the advisory firm breached the terms of agreement.

Microsoft has launched an online store on TataCLiQ.com, the Tata Group's e-commerce website, where it will sell tablets, personal computers, software and phones, a report in The Economic Times said.

Microsoft will sell its products using Tata CLiQ's 'Phygital' model, where customers can place their orders online and then collect it from a brick-and-mortar store. With this model, Tata CLiQ has developed a partnership with a large on-ground network of stores, the report said.

Amazon, Flipkart and Snapdeal are the most preferred e-commerce websites and have the highest mind recall among sellers, The Economic Times reported citing a Nielsen survey.

Amazon had the highest mind recall at 25%, followed by Flipkart at 21% and Snapdeal at 20%. Another factor surveyed was intent to sell on a site, which saw Flipkart lead at 58% and Amazon at 55% as leading brands, the report said. The study was conducted during the January-March quarter and 1,184 sellers were surveyed. It said that 39% sellers look at two or more e-commerce websites to sell their products.

The study also assessed the e-commerce websites' brand equity. Factors that impact brand equity are perceptions such as whether the e-commerce sites help sellers stay relevant and ahead of competition, provide new market opportunity, and help minimise costs.