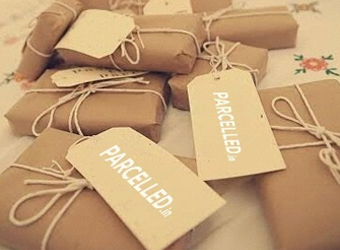 On-demand logistics services provider Parcelled has pivoted its business model, outsourcing its delivery services to third-party vendors, according to two people familiar with the development.

With this, the logistics services provider exits its core area of operations. It would now operate like an online booking agent, focusing on the technology platform only.

When contacted, the company spokespersons declined to comment on the development.

As a part of the pivot, the startup has let go of most of its last-mile logistics operations staff and reduced its delivery fleet, the two people cited above said. The company declined to comment on the exact number of people laid off. In this line of business, the pick-up and deliver staff comprise the majority of the employees.

One of the persons cited above said the company had been trying to raise funds to sustain its operations. However, it was forced to outsource delivery services after it failed to raise funds.

Bangalore-based Parcelled provides courier services by allowing users to schedule a pick-up within 30 minutes for delivery in any part of the world. The startup also takes care of packaging and paperwork. Product returns to e-commerce firms, gifting and small marketplace sellers account for the bulk of Parcelled's delivery operations. According to the persons cited above, the decision to outsource was taken as the cost of carrying out delivery services on its own had become unsustainable at the unit level.

Parcelled, run by NAXR Logistics Pvt. Ltd, had secured an undisclosed amount of funding from logistics firm Delhivery and data analytics firm Tracxn Labs in July 2015. Four months later, the company raised $5 million (about Rs 32 crore) in a fresh round of funding led by logistics services company Delhivery with participation by Tracxn.

Another logistics startup Pickingo was acqui-hired by Shadowfax in November 2015 after it stopped operations. Pickingo had raised $1.3 million in funding from venture capital firm Orios Venture Partners and Toppr.com co-founder Zishaan Hayath in August. In 2014, last mile delivery startup Chhotu.in, which was backed by Paytm's Vijay Shekhar Sharma, closed operations.