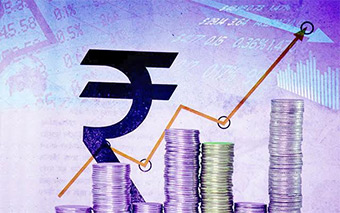 The publisher of dailies Hindustan Times and Mint said in a stock-exchange filing on Tuesday that it will make the investment through wholly owned step-down subsidiary HT Overseas Pte. Ltd. It didn't disclose the value of the all-cash deal but said it will buy Sports Asia's shares for S$1 apiece.

The transaction will be completed by July 1, the media company said. It added that the investment will help it diversify its digital content development.

Sports Asia was incorporated on June 9 and is authorised to operate an online platform across the web, mobile and social media for football-related content.

HT Media also powers a football media content website called 90min.in. According to this website, it gets over 200 million page views monthly and it is the largest fan-generated football media brand globally.

The website was founded by Asaf Peled in 2011, and has raised $45 million in total funding till date. The venture is backed by Battery Ventures, Dawn Capital, Gemini Ventures, North Base Media and ProSieben.

Repeated attempts to reach HT Media seeking comments on 90min and Sports Asia did not elicit any response. But a person familiar with the matter said HT Media might come up with an official announcement on 90min this week.

UpdateOn Wednesday, HT Media said in a statement that Sports Asia will be its joint venture with Minute Media, which runs 90min.

The company said that 90min has 55 million unique visitors and that the deal will mark its launch in India with an app and a website.

Peled, founder and CEO of Minute Media, said the tie-up with HT Media will introduce its open technology platform to the Indian market and cater to the growing number of football fans across the country.

Digital playHT Media has been strengthening its digital play. In December, HT Overseas acquired a 5% stake in Singapore-based Dealstreetasia Pte Ltd for an undisclosed amount. The digital media firm, which competes with VCCircle, began operations in December 2014 and covers India and Southeast Asia.

HT Media's biggest rival Bennett, Coleman and Company Ltd (BCCL), the publisher of The Times of India and The Economic Times newspapers, is also betting big on sports.

Times Internet also signed a strategic partnership last year with Perform Group's football portal Goal to deliver content worldwide. Under the deal, Times Internet will have exclusive rights to the Goal brand in India and will drive local commercialization of Goal across both desktop and mobile platforms.