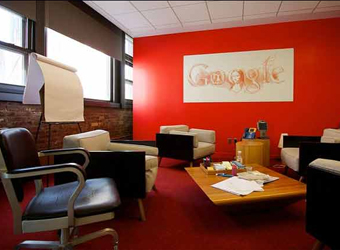 Tech giant Google aims to train about 2 million developers in India on its Android platform over the next three years to cash in on the high-quality talent pool in the country.

India, which has about one million people working on solutions for the Android mobile platform, is poised to become home to about 4 million developers by 2018, making it the world's largest developer base.

"India is expected to have the largest developer population globally, overtaking the US, by 2018, with four million developers. But today only 25 per cent of developers are building for mobile," Google Vice President Product Management Caesar Sengupta told reporters here.

The aim is to help make India the global leader in mobile app development, he added.

"We are launching a specially-designed instructor-led training programme on Android Fundamentals. This will be made available across public and private universities and training institutes of the National Skill Development Corporation of India (NSDC)," he said.

The in-person training module integrated into the course curriculum will be introduced within this calendar year by these partners.

Google Head of Developer Training Peter Lubbers said the company aims to train about 2 million people in the next three years.

The training is available for both students as well as mid-career developers, he added.

Google's global rival, Apple, is also making heavy investments in India to push its iOS mobile platform. In May, it announced setting up a software laboratory in Bengaluru to support startups and developers working on its iOS platform.

It had said Apple's team will work with developers on best practices, help them hone their skills and transform the design, quality and performance of their apps on iOS platform.

It has also partnered training organisations like Edureka, Koenig, Manipal Global, Simplilearn, Udacity and UpGrad, who will operate as Authorised Android Training Partners in India.

"We are also training the trainers to update their Android courseware to prepare students for the Android Certification and a career in Android development...We expect to train about 4,000 faculty members," Lubbers said.

Google has also launched a job-oriented Associate Android Developer Certification, a performance-based exam that will help successful candidates get entry-level Android developer jobs. After training, candidates can log on to the Google Developer training website and take the certification exam for Rs 6,500.