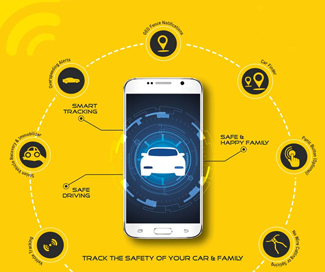 Trak N Tell, a car tracking telematics solutions provider, has raised funding in a Series A round led by WhatsApp co-founder Brian Acton.

The report said that the nine-year-old company likely raised about $3.5 million (Rs 23.3 crore) and that two other investors, whose names have not been revealed, also put in money.

VCCircle could not reach Gupta for his comments despite several attempts.

Founded in 2007, Trak N Tell is owned and operated by Bits N Bytes Soft Pvt. Ltd. Gupta started Trak N Tell as a venture after experiencing the misuse of a personal vehicle by his driver. The company provides telematics systems that synchronize vehicular intelligence data to reproduce predictive insights on GPS, recover stolen vehicles, predict engine failures and other services.

Its flagship device, Intelli7, is a GPS-based unit that enables car owners to track their vehicles and even immobilise them in case of a theft.

The report said that the company will use the funds to scale up R&D and marketing, and to expand its presence across the country.

The Gurgaon-based company, which caters to both enterprise and retail segments, expects to enter Bangalore by the end of the next quarter and then in Mumbai. It aims to be in 500-1,000 stores by the end of 2016.