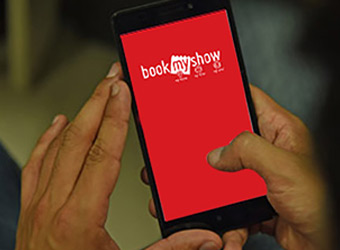 Movie ticketing platform BookMyShow's revenue jumped 30% in the quarter through June thanks to record ticket sales, its largest shareholder said on Wednesday.

Revenue in the first quarter of 2016-17 rose to Rs 78 crore from Rs 60 crore a year earlier, according to stock-exchange filings by Network18 Media and Investments Ltd. It didn't disclose quarterly profit.

BookMyShow sold a record 30 million tickets during the quarter, up 38% from the January-March quarter. Average monthly page views surged 42% sequentially to 2.5 billion.

The strong results come days after the ticketing platform, run by Mumbai-based Bigtree Entertainment Pvt. Ltd, said it raised about Rs 550 crore ($81.5 million) in its Series C round from investors led by New York-based investment firm Stripes Group and existing investors Accel Partners and SAIF Partners. Network18 put in Rs 191 crore in this round and remains its largest shareholder.

BookMyShow, launched in 2007, is a digital platform that allows users to book tickets for movies, plays, sports and live events. It is one of the better-positioned consumer Internet firms in India, where many others have burnt cash heavily and resorted to discounting to lure customers in a bid to grow.

Network18 said also that its television shopping and e-commerce unit, HomeShop18, recorded a 14.6% rise in the number of transactions to 19.6 lakh from 17.1 lakh a year earlier. The customer base of HomeShop18 crossed 18.9 million, Network18 said, without giving a comparative number.

It added that the unit's performance was hindered due to increased distribution costs and the imposition of entry tax by some states.