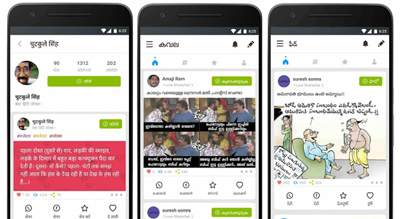 The deal was closed in October last year, as per VCCEdge, the data research platform of VCCircle. SAIF Partners led the round.

The news was first reported by The Economic Times citing a company statement. ShareChat had earlier received $100,000 in investment from India Quotient in February 2015, according to the report.

Queries sent to the company did not receive a response at the time of filing this report.