Yatra.com to list on NASDAQ via reverse merger with US-based firm 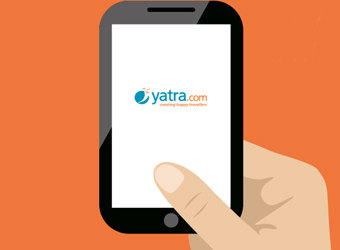 Online travel agency (OTA) Yatra has entered into a reverse merger agreement with an American special purpose acquisition company (SPAC) paving the way for a back-door listing of the second Indian OTA in the US.

It's bigger peer MakeMyTrip had gone public on NASDAQ in 2010 through a regular initial public offer (IPO).

"We are excited to partner with TRTL in a transaction that we believe will enable Yatra to continue its growth as a new public company," said Yatra co-founder and CEO, Dhruv Shringi.

"We look forward to expanding our already extensive network of domestic and international partnerships with hotels, airlines, car services and tour package promoters, as well as strengthening our brand presence and technology platform," he said.

Shringi will continue to lead the merged entity with the rest of the management team.

The boards of directors of both TRTL and Yatra have approved the proposed transaction. Completion of the transaction, which is expected by October 2016, is subject to approval by TRTL stockholders and other customary closing conditions.

Under the deal, the current shareholders of Yatra will continue to own at least 35% of the issued and outstanding shares in the combined company. They would also get up to $80 million in cash and may receive additional consideration of up to $35 million upon the achievement of certain financial objectives during the 18 months after the closing of the deal.

Yatra had initially raised $5 million from Norwest Venture Partners (NVP) besides TV18 Group and Reliance Capital's PE arm in 2006. It had followed it up with an undisclosed amount of funding from Intel Capital in 2008. In July 2011-12, Yatra had raised around $60 million over a staggered funding round from Valiant Capital besides all existing investors barring TV18.

In 2013, it raised venture debt from InnoVen Capital besides a $23 million investment led by IDG Ventures and Vertex Venture Management, the VC investment arm of Singapore's sovereign wealth fund Temasek. The existing investors had also participated at that time.

This took its total funding to date to over $88 million, as per VCCEdge, the data research platform of VCCircle.

While the holding firm is based in the US, the OTA's key operations are under its Indian arm Yatra Online Pvt. Ltd. This firm clocked net revenues of Rs 354.4 crore with net loss of Rs 88.9 crore for the year ended March 31, 2015. It's financials for 2015-16 is not yet filed with the Registrar of Companies (RoC).

Yatra customers booked more than 2.8 million air travel reservations and hotel stays with total transaction value worth more than $900 million (at current exchange rates) during their fiscal year ended March 31, 2016, an increase of 25% from the prior year (at constant currency rates) with 74% of transactions coming from repeat clients who return to book more travel.

Besides MakeMyTrip, it also competes with Naspers-controlled GoIbibo, Cleartrip and Via.com, among others.

With this, Yatra will join a small number of Indian companies listed on NASDAQ. Last year, direct-to-home broadcast services provider Videocon d2h had signed a similar $375 million deal with a US-based blank cheque company. In the process it opted out of a planned IPO in India and went public on NASDAQ.

Earlier this year, Yatra's biggest rival in India MakeMyTrip had entered into an agreement with fellow NASDAQ-listed firm Ctrip.com International Ltd, under which the Chinese travel services firm had agreed to invest $180 million (Rs 1,200 crore) through convertible bonds into the online travel agency.

TerrapinTRTL, which was founded by asset manager Nathan Leight and is co-sponsored by US-based Terrapin Partners, LLC and Macquarie Group, had raised $212.75 million in July 2014. Besides the upfront payment to Yatra shareholders, the remaining cash in its books will go into the combined company's balance sheet and would add resources for loss-making Yatra.

Leight, chairman of the board of TRTL, said: "With its high level of brand recognition, large hotel network, significant investment in technology and deep management experience in this sector, we believe Yatra has created tremendous competitive advantages. We believe our combination will provide substantial new resources to position the company for accelerated future growth."