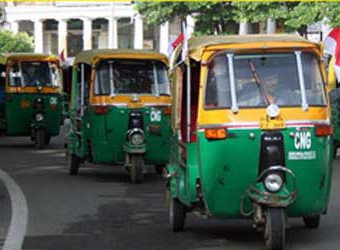 Autorickshaw-hailing app AUTOnCAB has shut down its operations as it couldn't sustain its business due to stiff competition from its heavily funded rivals, its co-founder and CEO told TechCircle.

"Uber and Ola have been offering a lot of discounts and incentives," Vinti Doshi said. We did not want to burn cash unnecessarily. It is just a game of burning cash at the moment."

A senior executive who quit AUTOnCAB a few months ago said the company was in talks to raise fresh funding for a long time but failed to seal a deal.

Dozens of tech-driven startups have shut down in India this year after a funding frenzy over the past couple of years. Startups in the food-tech, grocery delivery and e-commerce have been the worst hit as they struggled to raise fresh funding from investors, who have turned cautious and are now looking for sustainable business models. India is one of the largest markets for the US-based Uber Technologies Inc,  which last year set aside an investment of $1 billion for the country. Ola, run by ANI Technologies Pvt. Ltd, raised $500 million late last year, taking the total amount of money it has secured from investors such as Japan's SoftBank Group Corp and Tiger Global to $1.3 billion.

AUTOnCAB, on the other hand, had raised $1 million in funding from US-based Maan Ventures and an unnamed private investor. The app, which was started in March 2014, was available on Android and iOS and facilitated on-demand hailing of autorickshaws.

In September 2015, it acquired hyperlocal grocery delivery startup BigZop for an undisclosed amount. At the time, it aimed to facilitate one million rides by expanding to 200 cities by the end of 2016.

The on-demand autorickshaw hailing market is dominated by Chandigarh-based Jugnoo and Ola. Jugnoo, which claims to have 12,000 autos in its network, is present in 35 cities. Ola was operating in 24 cities under its brand as of 30 April 2016.

Uber had discontinued its autorickshaw service, UberAUTO, in December 2015.