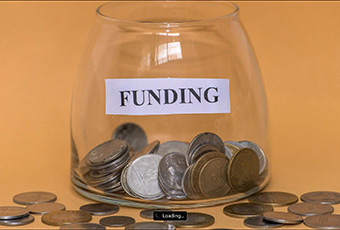 Data sciences and analytics startup Sagacito Technologies Pvt. Ltd has raised funding to push ahead with its expansion plan, the New Delhi-based company said in a LinkedIn post.

The startup said it has closed a strategic funding round and a five-year, multi-million dollar contract for its services. It didn't name the investor or specify the amount.

"The company plans to ramp up its team and drive its aggressive product development and geographic expansion plans," it added.

A message sent to the enterprise software-as-a-service startup did not elicit any response till the time of filing this story.

Incorporated in March this year, Sagacito was started by Ravi Dhariwal and Arunabh Das Sharma. Dhariwal was earlier CEO and Sharma was president at media group Bennett Coleman & Co. Ltd. The startup aims at helping businesses maximise the market share and margins through predictive data analysis.

Separately, the Mint newspaper reported, citing Prateek Garg, head of business development at Star India Pvt. Ltd, that the television broadcaster had decided to make a minority investment in Sagacito.

The report also cited two people familiar with the transaction it didn't name as saying that Star India invested $1 million in Sagacito against 10% equity and $8.2 million through a build-and-operate model under which it will use the startup's tools and services for five years.

Sagacito joins a number of data analytics startups in raising funds. Most recently, Malaysian sovereign wealth fund Khazanah Nasional Berhad agreed to invest up to $100 million in the India- and US-based Fractal Analytics. BRIDGEi2i Analytics Solutions Pvt. Ltd raised Series A funding in June and Vahanalytics, which analyses the driving behaviour of Indians, raised seed funding the month before.