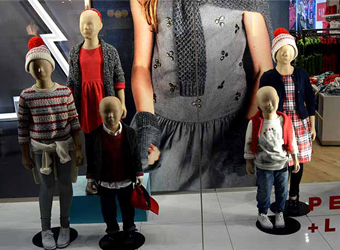 The size of the funding round was increased from â‚¬300 million announced in April due to high demand from shareholders, they said.

Rocket Internet's direct and indirect stake in GFG after the transaction will be 20.4% while Kinnevik will hold 35%. Kinnevik separately owns about 13% of Rocket Internet.

"GFG has successfully built its position as market leader in online fashion in many key emerging markets," said Oliver Samwer, CEO of Rocket Internet. "The recent funding round provides GFG with the necessary capital to continue on that path."

The transaction values the company at â‚¬1 billion, Rocket Internet said. This is a drop of almost 68% from its previous funding round in July last year when it was valued at â‚¬3.1 billion.

The Luxembourg-based GFG was created by combining six e-commerce brands that operate in emerging markets around the world. It includes India's Jabong, Latin America's Dafiti, Russia's Lamoda, Namshi of the Middle East, Southeast Asia's Zalora and The Iconic in Australia.

Jabong, which competes with Flipkart-owned Myntra among others, is on the block and in talks with several potential acquirers. It has been struggling for the past many months after expanding at a rapid pace that led to massive losses.