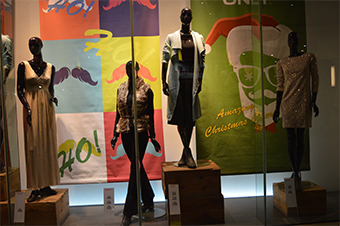 A realisation that it will have to pump in huge amount of capital to stay in the game and a determination to get rid of its highest loss-making subsidiary led Rocket Internet-controlled Global Fashion Group (GFG) to sell off its wholly-owned subsidiary, the Indian online fashion seller Jabong at a paltry $70 million. About two years ago Rocket Internet was bargaining for a valuation of around $1 billion.

Rocket Internet and GFG decided to sell off Jabong despite the fashion portal showing some signs of improvement in terms of unit economics. Its revenue grew 14% to Rs 240 crore in the first three months of this year and it narrowed its operating loss.

When asked, a GFG spokesperson insisted the sale is in line with the firm's previously stated strategy of accelerating its path to profitability. "The transaction will de-consolidate our highest loss-making operation while delivering capital that can be deployed in high-return opportunities across GFG's footprint," she said in an email response.

GFG and Rocket Internet felt that it rather makes sense to sell Jabong at a small price than continue to spend huge money to build out its online fashion business in India. About the low price of $70 million for Jabong, she said, "The transaction terms reflect the performance of the business, a thorough review of all options available as well as the significant capital required to compete in the Indian e-commerce market."

"While the recent operational improvements at Jabong were very encouraging, the e-commerce market remains extremely competitive and unprofitable," she added.