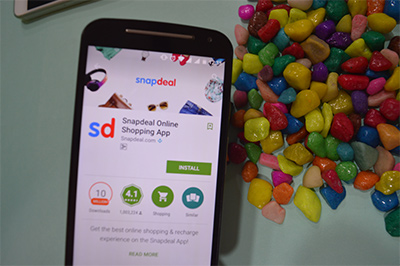 E-commerce marketplace Snapdeal has launched an in-app integration feature that will allow its users to hail an Uber cab from its mobile app without having to download and install the Uber app.

The new feature is currently available for Android versions 4.0 and above. It will soon be rolled out for other platforms, Snapdeal said in a statement.

"We are committed to building the country's most reliable and frictionless digital ecosystem. Our partnership with Uber is an important step in that direction," said Tony Navin, senior vice president of partnerships and strategic initiatives at Snapdeal.

The new feature comes a few weeks after Snapdeal, run by Jasper Infotech Pvt. Ltd, launched a range of services including flight and bus ticket bookings, hotel reservations and food ordering, making it the first e-commerce marketplace to introduce such services on its platform.

In the pitched battle for market dominance in the e-commerce marketplace, the focus has now shifted away from gross merchandise value, aggressive pricing strategy and discounts towards other metrics such as customer experience, value addition, profitability and cost cutting.

Earlier this month, Snapdeal had also reduced the marketing fee charged from sellers for over 120 categories while marginally increasing the same for over 30 categories including digital products, electronics, women's fashion, FMCG products, sports and fitness, fashion jewelry, kitchen appliances and automotive accessories.

In January this year, San Francisco-based cab aggregator Uber Technologies Inc. had announced the launch of an API feature for developers in India. The feature allows other platforms to integrate their app, thereby enabling users to book a cab through other platforms also.

"In August 2014, we opened our API to developers globally and since then we've seen the creative ideas that app developers have come up with in order to make it easier for people to move around in cities. This partnership with Snapdeal is the first completely native Uber API integration in India," said Mahesh Bhalla, head of business, Uber India.

Some of the other platforms which have integrated Uber in India include Zomato, Practo, BookMyShow, Housing.Com, Satyam Cinemas and nightlife aggregator Happitoo.