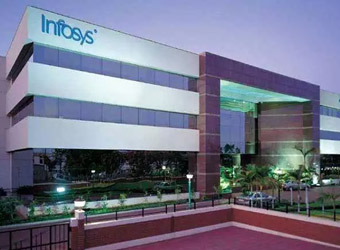 The transaction will be completed this month, Infosys said in a stock-exchange filing on Wednesday. The company will get an undisclosed minority stake in Cloudyn.

It is not clear whether the investment by Infosys is part of an extended Series B round. E-mails sent to Cloudyn in this regard did not elicit a response at the time of filing this report.

Cloudyn, which was founded in 2011, enables enterprises to monitor and optimise hybrid cloud deployment by providing insights derived from operational and financial metrics.

Bangalore-based Infosys is actively scouting for companies working on innovative technologies as its traditional software outsourcing business comes under pressure. Under CEO Vishal Sikka's new growth strategy, Infosys has made several startup investments over the past year. The company has earmarked a $500 million innovation fund for investments in disruptive new technologies on automation, Internet of Things (IoT) and artificial intelligence.

The investment in Cloudyn is the second deal for Infosys in an Israeli startup in the past seven months; the Indian company had invested $4 million in CloudEndure, which provides cloud migration and cloud-based disaster recovery software, in December last year.

The Indian company has also made larger investments in overseas companies in the recent past. Last year, it acquired US-based Noah Consulting LLC for $70 million and US-based m-commerce enabler Kallidus Inc for $120 million.