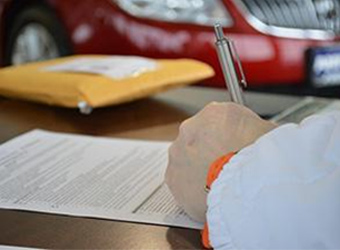 India's top internet companies such as Flipkart, Ola and Zomata, among others, are struggling to find and retain legal eagles who can safeguard their business interests in an environment that is increasingly becoming complex and challenging.

Flipkart, the most valued Indian consumer internet company, for instance, saw two legal heads quitting successively in a year. Flipkart's general counsel Rajinder Sharma quit in 10 months after taking over from Srivals Kumar who left after a one-year-stint with the e-commerce major. Flipkart did not respond when asked about its search for a new general counsel.

The turbulent nature of startup life, high demand in sectors such as real estate and a preference for safer job options in traditional sectors are cited as reasons why many legal positions in new generation companies are falling vacant.

Internet companies, which are in most cases disrupting traditional businesses, often have to deal with regulators and government authorities on myriad issues ranging from FDI rules to transport laws.

Taxi aggregator Ola and doctor appointment booking firm Practo too have been actively searching forlegal heads for months, according to people with direct knowledge of these moves.

Akshay Kumar, who served as legal head according to his LinkedIn profile, quit in January after nine months with the food ordering startup. A Zomato spokesperson said the company never had a general counsel position and is not looking for one.

A Practo spokesperson too said the company is not searching for a legal head while an Ola spokesperson said there is a team that handles legal affairs at the company. It is more than six months since Ola has been hunting for a general counsel, according to people in the legal and headhunting fraternity. Facing regulatory issues in various states and legal battle with its competitor Uber, Ola is in need for a legal head.

According to HR firms, internet companies are ready to pay compensation worth anywhere between Rs 50 lakh and Rs 2.5 crore that include stock options to their legal heads depending on the size of the company and the legal complexities they deal with.

"Several emerging companies, particularly those in high growth mode, are looking for senior legaltalent," said Karthik Mahalingam, national practice head, venture capital, at law firm Shardul Amarchand Mangaldas & Co. "With the growth in e-commerce, there are a large number of litigations as usual for any growing business," said Mayank Chandra, managing partner at head hunting firm Antal International. "Startups are going through a turbulent phase after major expansion last year; hence many positions are not filled due to a lack of interest in candidates from other core sectors. Also, legalis widely required across industries especially in real estate and pharma sectors due to immense regulations. People find it safer to work in traditional companies than startups," Chandra said.

"Most startups outsource their legal work to law firms with certain retainer fee. It is the most economical way of handling it. Startups require in-house legal teams and general counsel when operations become large and complex. The mandates for legal heads are growing in number," said Kris Lakshmikanth, founder of executive search firm Head Hunters India.