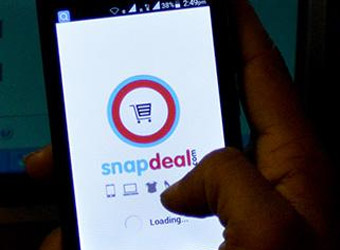 Online marketplace Snapdeal is looking to sell a stake in unit FreeCharge at a valuation of as much as $1.2 billion (Rs 8,000 crore), a person aware of the development said, as the retailer seeks to monetise its investment in the digital payments company it acquired last year.

Snapdeal has been in discussions with potential investors including Foxconn for the stake sale in FreeCharge and the Taiwanese contract electronics manufacturer could end up buying as much as a 26% stake in the payments arm, the person said, asking not to be identified.

The talks with Foxconn are at an advanced stage, according to another two people aware of the discussions.

FreeCharge Chairman Kunal Shah said that he was not in a position to comment. Email queries to Foxconn did not elicit any response.

FreeCharge, run by Mumbai-based Accelyst Solutions Pvt Ltd, allows users to pay their mobile, DTH and other utility bills across most major operators. Snapdeal, run by Jasper Infotech Pvt. Ltd, had acquired FreeCharge in April last year in a cash-and-stock deal to build a larger play on mobile commerce.

The acquisition amount wasn't disclosed but was reported to be around $400-450 million. This means FreeCharge's asking valuation has more than doubled over the past year and a half. Snapdeal itself was valued around $6.5-7 billion when it raised $200 million from Canada-based Ontario Teachers' Pension Plan and other investors in February.

Snapdeal's plan to raise funds for FreeCharge was reported by The Economic Times earlier this year.

The people cited above also said that Snapdeal's plan to sell a stake in FreeCharge is part of a new online-to-offline strategy that will enable the payments company to target consumers in physical retail stores.

One of the people said that the strategy is similar to the approach taken by FreeCharge's bigger rival Paytm, which is building a comprehensive ecosystem of goods and services on the lines of its key shareholder Alibaba.

The jump in FreeCharge's asking valuation comes at a time when valuations of tech startups in general have been under pressure, although India's digital payments sector has been rapidly growing and continuing to attract investor attention.

Rohan Agrawal, senior consultant at RedSeer Consulting, said that India's digital payments segment has saw 600 million transactions in 2015-16 with average transaction value rising to Rs 400-450 thanks to integration with e-tailers and increased willingness to pay online for utilities and air tickets.