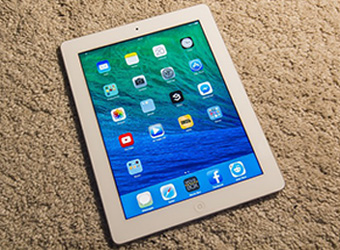 Tablet shipments in India declined by 5.6 per cent to 0.98 million units in April-June compared to the same period last year, according to a research report.

The shipments in the second quarter, however, higher by 14.4 per cent compared to previous January-March quarter, the report by research firm IDC said.

About three-fourths of tablets sold in India are below USD 150 and driven primarily by local vendors like Datawind, iBall and Micromax.

Samsung dominated the mid USD 150-350 segment, while the premium over USD 300 continues to be dominated by Apple.