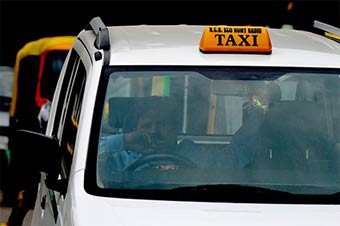 "Consumer is the king", the Delhi High Court said today while observing that it cannot say lower charges should not be levied and discounts not given to customers by app-based cab providers like Ola and Uber.

Justice Manmohan said if a company gave discounts, then the customers benefited and the app-based cab service providers were more interested in the number of hits by the consumers.

The observation came during the hearing of an application by a taxi association which alleged that app-based cab service providers like Ola and Uber were not complying with the court's August 11 directions and not following the rates prescribed by the government.

"Suppose somebody wants to give discounts, can you (taxi association) say that consumers should not be given the benefit? Ultimately, consumer is the king," the court said.

"Today, 4G prices have been cut by 40 per cent by a telecom company. Shouldn't consumers be given benefits? The state government's notification does not say discounts cannot be given to the consumers," the court said.

"This court cannot say that less charges should not be levied by them. After all, the consumers should be benefited.

The court, which fixed the matter for further hearing on November 21, has asked Delhi government to file an affidavit stating whether there was any fixed minimum fare.

During the hearing, the court said, "does the notification (on fares) by government say that they cannot give discounts to the consumers? Have they fixed the minimum fares? The way in which the industry works is very, very different, especially in case of app-based industries".

The court also said if the government does not want to fix any minimum fares, it was their decision and courts cannot ask them to fix minimum fares.

The counsel appearing for Delhi government told the court that after the August 11 directions, they have not received any complaint regarding surge pricing by these app-based cab services providers.

After the taxi association submitted that app-based cab service providers were not following the rates fixed by the government, the court asked, "have you made any representation to the government that its order has not been complied with?"

The counsel representing app-based cab service providers said that fixation of minimum fare, if any, was to be done by the government only.

The high court on August 18 had clamped down on the surge pricing by app-based cab service providers and set August 22 as the deadline after which such entities and other taxi operators cannot charge passengers more than the rates fixed by the government.

The August 22 deadline was fixed after Uber had said it needed 10 days to make changes to its software to ensure passengers are not charged more than the rates stipulated by the Delhi government in June 2013.

Ola had told the court it has already stopped charging passengers more than the notified rates.

The notified fare of Radio Taxi cabs (distinguished by an LCD board on roof top displaying 'Radio Taxi') is Rs 23 per km. Additional night charge (25 per cent of the fare) is applicable between 11 PM and 5 AM.

While addressing the issue of surge pricing, the court had observed that while taxi aggregators like Ola and Uber reduced the pressure on public transport, "a uniform policy must be devised" for regulating them.

It had directed a special committee, set up by the Centre, to examine all issues related to existing permits given to taxis and cab aggregators. It had directed that the committee should also include a senior official each from the Ministry of Information Technology, Central Pollution Control Board and Delhi Traffic Police apart from obtaining advise of a transport expert from Niti Aayog.