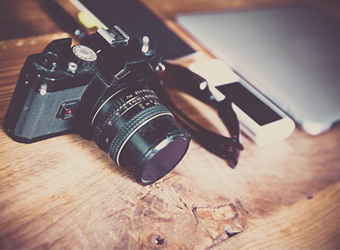 Bengaluru-based online photography startup Canvera Digital Technologies Pvt. Ltd has raised Rs 20 crore ($3 million) led by existing investor Info Edge (India) Ltd, less than a year after it became one of the first startups to report a 'down round'.

A down round is a venture capital industry term that denotes a fresh funding by a startup at a lower valuation than its previous VC round.

Info Edge, which runs a slew of consumer Internet properties such as Naukri, 99acres, Jeevansathi and Shiksha, said on Tuesday it has invested Rs 17.3 crore ($2.6 million) more in Canvera. Info Edge's stake in Canvera has now risen to 57% from 49%, it said.

Info Edge had written off around half the value of its investment in Canvera after the down round last November. The deal, which was announced in December, was struck at a valuation of Rs 75 crore pre-money, or before the fund infusion. The firm was valued around Rs 90 crore at the time. This was a third of its peak valuation of as much as Rs 270 crore. The latest funding more than doubles Canvera's valuation but is still below its peak valuation.

On Tuesday, Info Edge also said the balance Rs 2.7 crore in this round was brought in by some other existing and new investors. It didn't name the other investors.

Canvera had previously raised capital from Footprint Ventures and Draper Fisher Jurvetson besides some angel investors.

Founded by Dhiraj Kacker and Peeyush Rai in 2008 as a web-enabled photo-book company, Canvera entered associated e-commerce in March 2011. It provides solutions to professional photographers via its website Canvera.com. It prints photo books, provides design services and also offers hosted software solutions for photographers through a software-as-a-service model.

Both its founders, Kacker and Rai, appear to have moved on from the company. Kacker has become an independent consultant to startups and investors while Rai is currently the general manager of the India arm of data security startup Vera. Ranjit Yadav, former president of the passenger vehicle business at Tata Motors and country head for Samsung's mobile and IT businesses, was appointed as Canvera's CEO in June 2015.