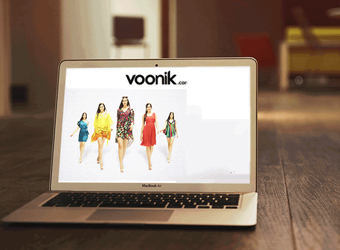 Fashion etailer Voonik has acquired styling and personalisation app Dekkoh, it said in a statement. This is the firm's sixth acquisition in the past one year.

Dekkoh is a fashion discovery platform that allows users to chat with a personal stylist to buy clothing and accessories.

The company, run by Dekkoh Innovation Technologies Pvt. Ltd, was founded by Aditya Chalasani, an alumnus of University of South California, and Varun Mathew, a National Law School of India University alumnus, in May 2015.

"Voonik is built around personalised fashion, to provide every customer a solution and opportunity to be fashionable every day. Personalisation is what has set us ahead of competition. Dekkoh platform is doing the same through an engaged community of stylists and data driven profiling and chatbots," said Sujayath Ali, CEO and co-founder of Voonik.

In June, Voonik acqui-hired Zohraa, a marketplace for designers and boutiques, to build its e-commerce platform for premium boutiques and independent designers Vilara.

It also acqui-hired Styl, a salon and spa booking app, and Picksilk, an online silk store, to strengthen its technology.

In February, Voonik acqui-hired Bangalore-based shopping site for men Getsy and in August 2015, it bought out TrialKart, a mobile platform that provides virtual dressing room experience. It also took on board four employees from Klozee, which recently shut operations.

Voonik raised $3 million (Rs 20 crore) in venture debt financing from InnoVen Capital. In June, it raised $20 million in a Series B round of funding led by venture capital firm Sequoia Capital.

Voonik competes with companies such as Myntra, which recently acquired Jabong, Limeroad and StalkBuyLove, among others.