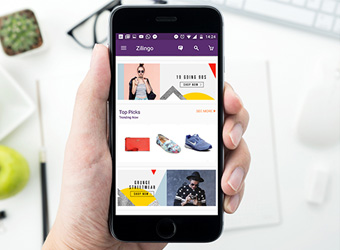 Bangkok-based Zilingo Pte Ltd, which runs a shopping app for small sellers who do not have an online presence, has raised $8 million in Series A funding from Venturra Capital, Sequoia India and Susquehanna International Group, it said in a statement.

Others who participated in the round include Wavemaker Partners, Beenext, Beenos and Digital Garage.

The company had raised $2 million from Sequoia India, Teru Sato of BEENEXT, Kunal Shah and Sandeep Tandon of Freecharge in September last year.

Zilingo was founded by Ankiti Bose (CEO) and Dhruv Kapoor (CTO) in 2015. Ankiti is an ex-McKinsey consultant from Mumbai, who then worked at Sequoia Capital in Bangalore before quitting her job to start Zilingo. Dhruv is an IITian who previously worked at Yahoo and an American gaming startup in Bangalore. Ankiti currently lives in Bangkok and runs the day-to-day business operations while Dhruv runs the engineering teams at Bangalore and Bangkok.

The company claims to be operationally profitable, with 30% month-on-month growth and 2,000 small enterprises on the platform.

"We are confident that Zilingo's ability to execute, coupled with propriety technology, will allow it to expand and become the regional leader in this category," said Plern Tee Suraphongchai, partner Venturra Capital, which led the round.

Fashion rental app Flyrobe is the latest startup in the fashion commerce segment to get funded.

The company raised $5.3 million (about Rs 35 crore) in a Series A investment round led by IDG Ventures last week.

In July, Voonik raised $3 million (Rs 20 crore) in venture debt financing from InnoVen Capital. A month before that, it had raised $20 million in a Series B round of funding led by venture capital firm Sequoia Capital.