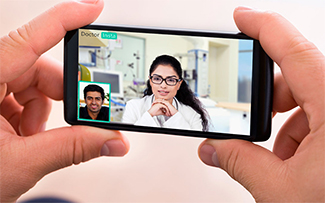 The funding round comes after the Gurgaon-based healthcare startup, in December, raised $500,000 from angel investor Rishi Parti and BrahmaX Ventures, a US-based venture capital firm.

Doctor Insta co-founder and CEO Amit Munjal confirmed that the startup had raised fresh funding but he didn't confirm the amount secured.

Munjal said the startup will use the funding for marketing two new concepts—Health ATM and Insta Wall. "We are planning to spend around Rs 20 crore on these two concepts over the next 18 months."

Internet of Things-based Health ATMs are kiosks that will be placed in shopping malls or corporate parks. These ATMs will allow customers to walk in and get a basic check-up done, such as checking blood pressure, sugar levels and heart rate.

Insta Wall—targeted at rural India—will use Android tablets for remote consultation sessions with experts at Doctor Insta. Patients will be able to visit the doctors and get a basic consultation. The consultation fee will be around Rs 100-150 in villages and Rs 400-500 in cities.

The startup, which was launched in December 2015, was founded by Munjal, who holds an MBA degree from Indiana University-Bloomington. Prashant Jain later joined as co-founder and chief health officer. Jain holds both MBBS and MBA degrees, and previously worked with Accenture, Cisco and Disney.

Doctor Insta offers app-based voice and video medical consultations. Its enables customers to seek consultation from doctors, pediatricians, psychologists and nutritionists for a fee of Rs 400 for a 30-minute online/video/mobile interaction. It can be accessed through Android and iOS smartphones. The app allows patients to book an appointment in specialty areas, including physician, pediatrics, psychology, nutrition, gynecology, sexology, among others.

While random patients will form part of its customer base, Doctor Insta is banking on its B2B2C model via tie-ups with employers. The company's per-member-per-month approach allows an employer to pay a small fee to get a deep discount on consultations for its employees.

Doctor Insta claims to do nearly 1,000 consultations a day and hopes to have 250 doctors to consult five million consumers by the year end. It has tied up with at least 20 large companies including Tech Mahindra, PayU and Punj Lloyd.

Of late, firms in the healthcare technology space have been eliciting a lot of investor interest. In July, video-based healthcare consultation platform SeeDoc raised around $1 million in its pre-Series A round of funding led by early-stage venture fund YourNest, Sunil Goyal, founder and CEO, YourNest Angel Fund.