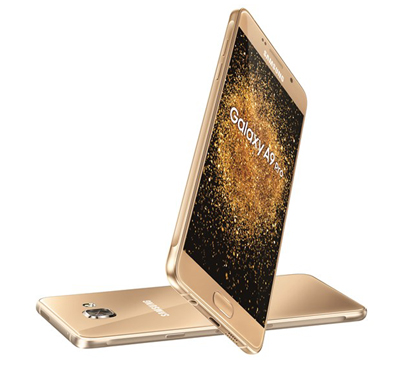 Samsung Electronics has announced the launch of 6-inch display Galaxy A9 Pro smartphone in India. The phone, which will be made available in stores starting from September 26, has been priced at Rs 32,490. The smartphone was first launched in China in March 2016.

The dual-sim smartphone comes with a glass and metal body and will be available in golden, black and white colours. At the launch, Samsung said it crafted the phone selectively for multimedia lovers as it comes with 6-inch full HD display which is combined with Gorilla Glass 4.

The company has provided a separate memory card slot where users can expand the storage up to 256GB using a MicroSD slot. It also comes with a finger-print scanner.

The phone comes with a mammoth battery capacity of 5000 mAH, the maximum Samsung has ever provided in any of its devices.

The company claims the phone's battery gives out standby time of up to 22.5 days, talk time of up to 32.5 hours and video playback time of up to 26 hours. In addition to the big battery, the phone also comes with a fast charging feature where it can go from 0 to 100% in 160 minutes.

The Samsung A9 pro comes with 4GB RAM and is powered by Snapdragon 64-bit octa-core processor. On the imaging front, the phone is loaded with a 16MP rear and 8MP front camera. The rear camera comes with optical image stabilization feature.

How does the new Galaxy A9 Pro smartphone compare with its predecessors and rivals from other brands? For this and more, keep watching this space.