In a departure from the norm, startups in the food and healthcare space, including Noida-based Poshtick, which is into healthy snacks, led the funding activity during the week gone by.

Unlike the previous week, when a third of the startups that raised capital were based out of Bengaluru, this week half the funded startups were from Delhi-NCR, figures collated by VCCEdge, the data analytics arm of News Corp VCCircle show.

Healthy snack maker Poshtick received $0.45 million in angel funding from Noida-based investors Bhavya Sharma and Amit Nagar. The company, which was founded in February, aims to create healthy snack options and make them affordable for the masses.

Among other startups that were funded was Mumbai-based fashion house Purple Style Labs that received $0.44 million from various investors including the Calcutta Ventures Network and LetsVenture. 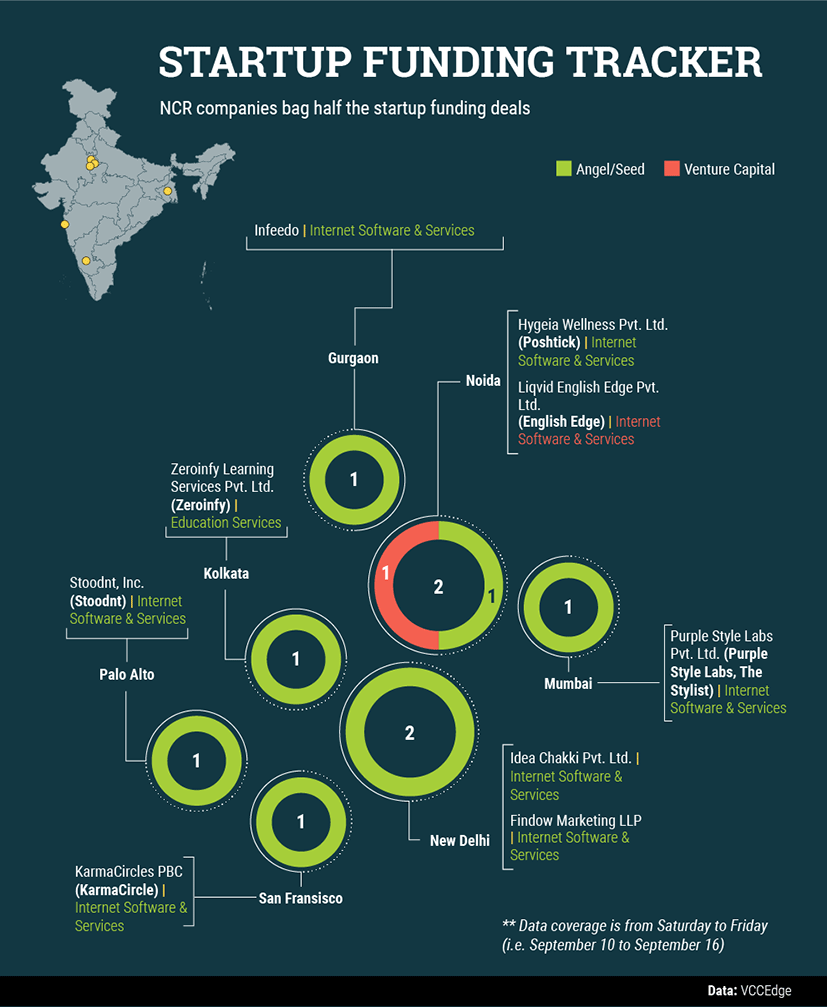