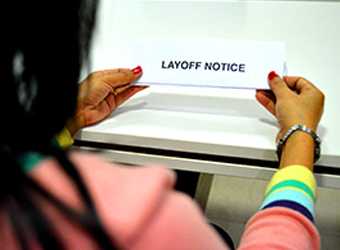 In an email response to Techcircle.in, the company declined to mention the number of employees affected by the move.

"We thank the impacted individuals for their valuable contributions and are doing as much as we can to provide them a respectful exit from our company. Twitter remains committed to India as a strategic market for users, partners and advertisers," a Twitter spokesperson said.

The development was first reported by YourStory which said Twitter was laying off 80% employees based in Bangalore.

However, the micro-blogging website said it will continue to be present in Bangalore and is hiring across offices in India.

"Only the global engineering workforce in Bangalore is affected and we will continue to maintain a presence in Bangalore for other functions. We are hiring for other positions in our offices across India and the job listings can be found at www.twitter.com/jobs," the spokesperson said.

Lately, there have been speculations of a possible buyout of Twitter and its shares have been declining. A report by CNBC said Twitter's shares have fallen 27% year on year.