MobiKwik ties up with Truecaller to grow user base 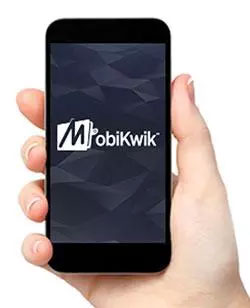 In an effort to increase its customer base, Gurgaon-based One MobiKwik Systems Pvt. Ltd has tied up with Truecaller to allow users of the caller identification services provider to register with the online wallet company instantaneously.

"The partnership is already contributing to over 30% daily app registrations on MobiKwik," chief operating officer Mrinal Sinha said in a statement.

MobiKwik, which also runs an online recharge platform, claims to have about 35 million users and 100,000 retailers on its platform. Truecaller last month said it had 100 million users in India who make over 500 million calls monthly from its app.

The company has launched several initiatives to gain customers of late. Earlier this month, it launched 'M-Gullak' for urban poor in a tie-up with the non-profit Samagra. M-Gullak will provide an ICT-enabled mobile wallet platform that enables users to save small amounts at various locations, recharge phones, buy digital goods and transfer money to their bank accounts. The initiative has first been launched in Pune, and will be launched in Delhi soon.

The company says its 'Cash Pick Up' service is growing 75% month-on-month since its launch in October last year. This service allows users to add cash directly to their MobiKwik wallet from the comfort of their home or office. The service allows anywhere from Rs 100 to Rs 10,000 to be added to the user's wallet in real time.

MobiKwik's arch rival, Paytm, claims to have over 100 million users. MobiKwik, however, questions this number. Both rivals also share an investor in Taiwanese chip designer MediaTek.