BlackBerry to stop making smartphones itself, focus on software 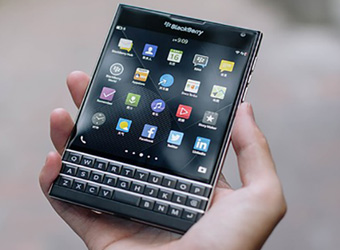 BlackBerry Ltd, the Canadian company that introduced smartphones to the world, will stop manufacturing its iconic devices internally to focus on growing its software business.

BlackBerry-branded phones will now be developed by the company's partners, who will license the Waterloo, Ontario- based firm's technology and brand.

The company, whose devices ruled for nearly a decade, has been lagging behind in the race for smartphone supremacy, which is now dominated by Google's Android and Apple's iOS- based handsets.

"Under this strategy, we are focusing on software development, including security and applications. The company plans to end all internal hardware development and will outsource that function to partners. This allows us to reduce capital requirements and enhance return on invested capital," Chen said.

BlackBerry had introduced its innovative messenger in 1998, and then became the world's dominant player in the smartphone market. Its share in the global smartphone market is now less than 1%, way behind competitors such as US-based Apple and South Korean giant Samsung. A decade ago, BlackBerry had become Canada's biggest firm in terms of market capitalisation, with a valuation of $83 billion.

In October last year, BlackBerry had appointed Narendra Nayak as its India managing director. The company had said that he would be responsible for driving its software and services business.