The week gone by saw eight startups being funded, of which three are based in non-metros, including Jaipur, Indore and Ahmedabad.

Interestingly, possibly only for the second time, an Indian bitcoin exchange—Bengaluru-based Unocoin Technologies—received startup funding. Unocoin pocketed $1.5 million in a pre-Series A round led by Blume Ventures. 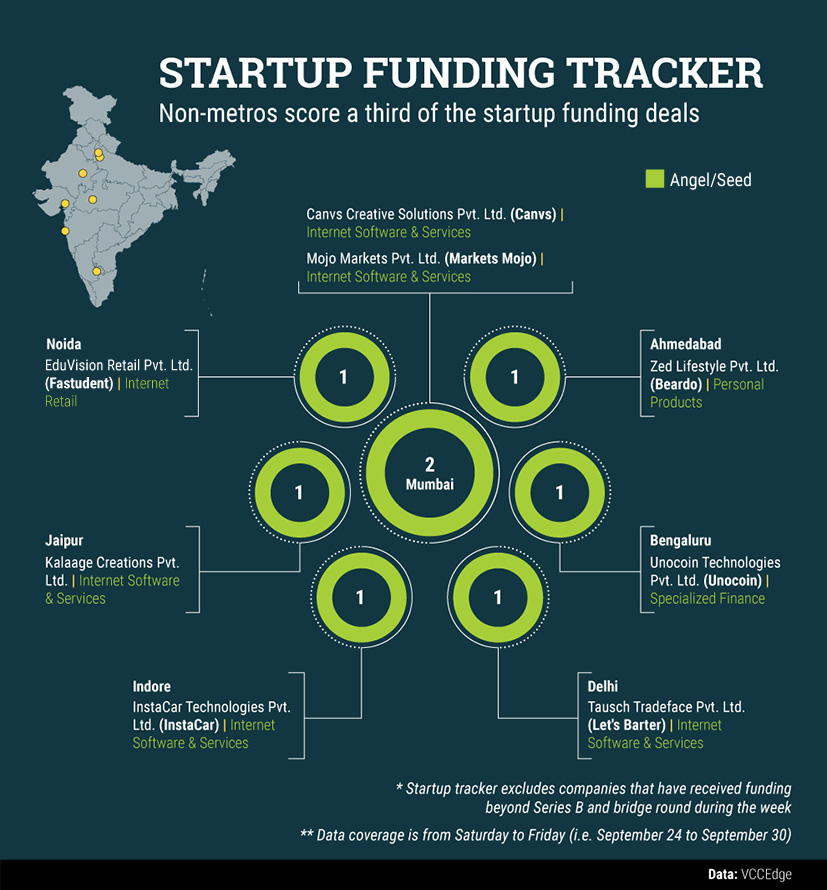 The week saw fewer than usual deals, compared with previous weeks. Moreover, they were spread out fairly evenly across the country.

Men's grooming brand Beardo, which has roped in Bollywood actor Suniel Shetty as its brand ambassador, received $500,000 from seed investor Venture Catalysts and others.