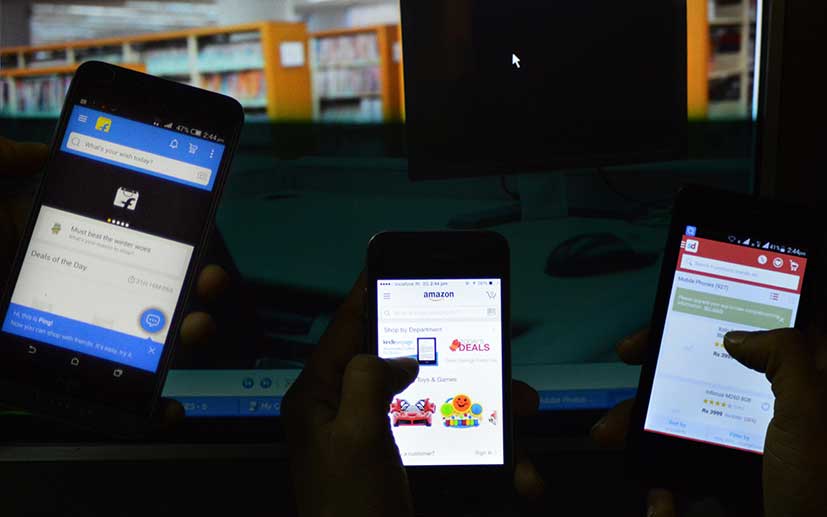 The country's top ecommerce companies Flipkart and Snapdeal claimed consumer transactions on their platforms saw an unprecedented spike on the first day of their discounts-led sale. Like in the past, mobile phones, appliances, personal electronics and furniture items were among the most sold, the companies said.

In a statement issued on Monday, Snapdeal said it recorded its highest ever single day sale by both volume and value on the first day of its 'Unbox Diwali Sale'. The company said that 37 sellers crossed the Rs 1 crore turnover on the first day and sales volume surged nearly 9X of average daily sales.

The country's largest ecommerce company Flipkart claimed to have sold more than half-a-million products in the first hour of the first day of its 'Big Billion Day' sale. Flipkart, too, launched its sale on Sunday.

The company said its online fashion platform Myntra generated three times more revenue in the first hour in comparison with the last year's sale. In a statement, it said 40% of customers who shopped for home appliances availed of product exchanges.

Flipkart had tied up several exclusive partnerships with a handful of smartphone and television brands to have an edge over its rivals during the sale.

For all the three platforms, mobile phones were the most sold products and the brands that got bought the most included Redmi Note 3, iPhone 6s, iPhone 5s, Mi Max, LeEco Le Max 2 followed by Samsung Galaxy J2 Pro and Samsung Galaxy J3S with bike mode.

Customers, however, didn't seem too happy with the sales organised by these companies. A lot of buyers took to social media to express their unhappiness about negligible discounts. Some of them even complained that products on these sites were costlier than some other sites.

While Snapdeal continues to the third largest player in the country, the current sale season is extremely crucial for Flipkart and Amazon, which are locked in an intense fight for the leadership in the Indian ecommerce market.