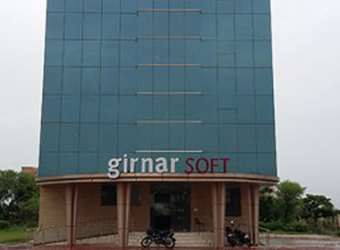 In what can be termed as a happy ending in the dispute between the US tech giant Microsoft and domestic business process outsourcing (BPO) firm Girnar Software -- which also runs popular auto portals such as cardekho.com and gaadi.com -- over the alleged use of unlicensed software products, both the companies have agreed to settle the dispute out of court.

According to the people familiar with the development, the warring tech firms are negotiating and will soon submit their consent terms in the court to settle the dispute.

"The talks are at an advance stage as at the end of the day, companies want to do business instead of fighting court battles," said one of the people privy to the negotiation. "Both Microsoft Corporation and Girnar Software are working on terms to settle the dispute," he added.

The dispute between the parties started sometime in mid-2016 when Bill Gates-led company moved the Bombay High Court for an Anton Piller order against the domestic company alleging that it is using unlicensed MS Windows Operating System, MS Office. Under the intellectual property laws, Anton Piller order is a court order that provides the right to search premises and seize evidence without prior warning or notice.

Microsoft had also made domestic company's head of information technology Pawan Chawla, the defendant in the case.

According to Microsoft India, Girnar possesses over 3,300 computers with 1,340 working on MS Windows but had licences for only 545, along with 1,308 computers with MS Office but licences for only 545. It also complained that Girnar was uncooperative and stymied attempts at an audit, thus necessitating investigations. On June 24, the court gave ex-parte order in favour of Microsoft and directed the court receiver to visit offices of Girnar to inspect and seize.

An ex-parte order is an order passed by the court where one of the parties has not received any notice and therefore, wasn't heard by the court before passing the order.

However, the counsel representing the Girnar argued that the charges against the company are vague and baseless. The company also showed the e-mail communications between the two companies, some of which were not revealed to the court by Microsoft Corporation that clarified that the Indian BPO company was willing to cooperate. Arguing on suppression and untrue statements, Girnar pleaded the court to vacate the earlier ex-parte order of injunction and requested for the appointment of a court receiver.

An audit by the court receiver and HC team showed there were only 1,053 machines at Girnar's four sites, and of these, only 283 ran on Microsoft Windows, and only five machines ran non-compliant MS products.

Times of India first reported on the court case in June 2016.

The single bench of Justice Gautam Patel, while rejecting the plea filed by the Microsoft, observed that the company had "wilfully suppressed vital information and that Girnar was not obstructing Microsoft at all" and also said that the numbers are far lower than Microsoft's claim. The court vacated the order of injunction and further deprecated the conduct of Microsoft.

Subsequently, on July 29, the US tech major appealed against the single bench order and sought the stay by the division bench of Justices V M Kanade and M S Sonak.

When contacted, law firm Krishna & Saurashtri Associate declined to comment on the issue since the matter is still subjudice. While, an email query to Microsoft Corporation remain unanswered.