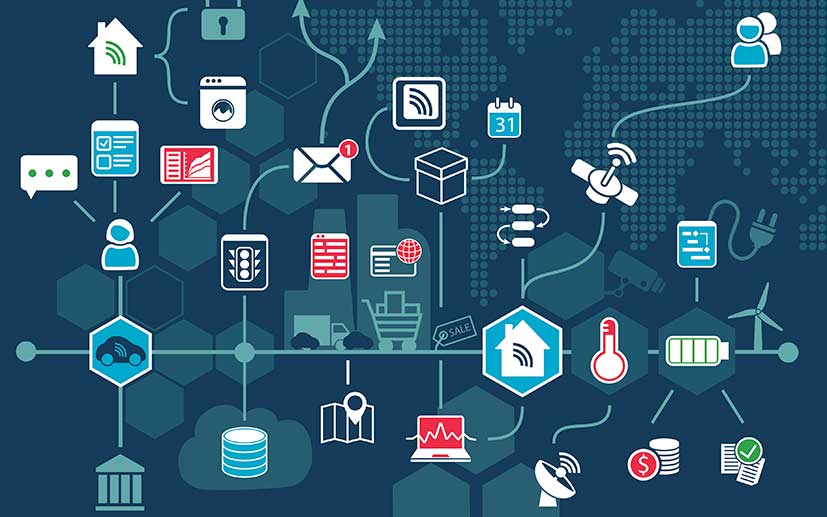 The Internet of Things (IoT) market in India is expected to grow up to $15 billion by 2020 from $5.6 billion this year, driven by adoption across sectors like manufacturing, automotive, transportation and logistics, a report by Nasscom and Deloitte today said.

According to the report, IoT market in India stands at $5.6 billion with 200 million connected units in 2016. This is expected to grow to $15 billion with 2.7 billion units by 2020, similar to the growth seen globally.

The IoT ecosystem in India comprises of around 120 organisations from across the value chain.

The global IoT market expected to grow to over $3 trillion by same period as both consumer and industrial applications drive overall IoT growth.

IoT refers to a network of inter-connected devices that can be accessed through the internet.

For instance, with IoT, street lights will automatically go off when they sense no traffic on the roads and consequently, save power. Another application could be a smart band that will automatically alert a physician when body vitals go to abnormal levels.

Kevin Ashton, Inventor of the Internet of Things and Author, said IoT has started being incorporated into both consumer and industrial applications being utilised in critical verticals like healthcare, automotive and manufacturing.

"The ecosystem is rapidly expanding, owing to demand for both Industrial and Consumer IoT applications and is set to be a critical part of the next level of growth for the IT industry," he said.

The report titled 'IoT Revolution in the Making' laid emphasis on the growth of IoT as not just creating consumer solutions but also adding value in industrial applications.

"IoT is set to become a major differentiator in driving the next generation of services and products. In India, while the industry is at a nascent stage industrial applications of IoT primarily in manufacturing, automotive and transportation and logistics are expected to drive IoT revenues by 2020," Nasscom President R Chandrasekhar said.

The report stated that the IoT segment is expected to grow across industries, with utilities, manufacturing, automotive and transportation and logistics providing greater opportunities for development, compared to other sectors.