The National Capital Region (NCR) bagged the majority of angel and seed deals during the July-September quarter, pipping Bengaluru, according to the Quarterly Deal report by News Corp VCCEdge, the data and analytics division of The VCCircle Network.

The value of investments in Bengaluru, however, was higher than NCR.

Bengaluru ventures, however, trailed their Delhi counterparts marginally in attracting venture capital funding with 20 deals against 17 in Delhi NCR. This is a reflection of a trend that had emerged at the end of 2015.

The following chart reflects deals across funding stages - angel and seed, venture capital and private equity - closed during the quarter. 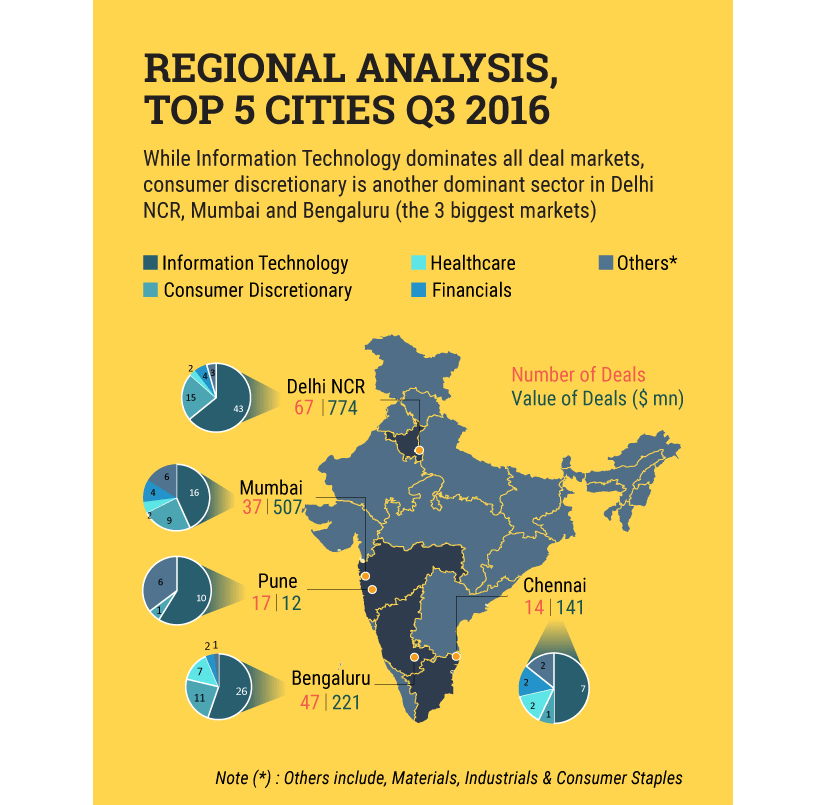 Since overall deal-making volumes is now led by activity in angel and seed-stage transactions, Delhi NCR also attracted the highest number of deals across investment stages (angel and seed, VC and private equity) during the quarter through September. Although firms in the immediate vicinity of Delhi as a city too saw fewer deals compared to last year at 67 (against 110 deals in July-September 2015 and 77 deals in April-June quarter this year), it was way ahead of Bengaluru's 47 transactions (115 deals in Q3 2015).