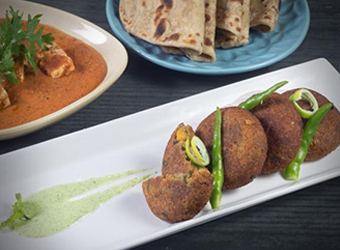 Gorb has a 'daily menu' cooked by home chefs and curated by in-house experts. The chefs will also get a chance to host their own cookery show on Essel group's TV channel Living Foodz, the report said.

Users can log in with Google and Facebook accounts or their mobile numbers and can make payment through cash, credit and debit cards, mobile wallets and net banking.

Once the user marks a location, the app will list a host of non-vegetarian and vegetarian dishes.

The Essel Group runs Zee Entertainment Enterprises Ltd, Zee Media Corp, DNA, Essel Sports and Dish TV, among other media ventures. Gorb is its first food-tech venture and is likely to look at tie-ups with YouTube and television channels.

A host of players has already made their presence felt in the food-tech space. Gorb might have to battle it out with peers in order to find a foothold in the segment which has elicited investors' interest and seen the first signs of consolidation.

In June, hyperlocal on-demand logistics startup Roadrunnr acquired food delivery app TinyOwl for an undisclosed amount. Roadrunnr had said following the acquisition of TinyOwl, it will reposition itself as a customer-centric platform and launch a food delivery app called Runnr.