What lies ahead for Samsung after Note 7's death? 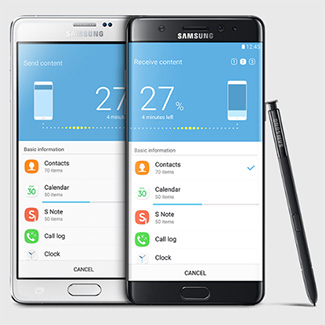 South Korean electronics giant Samsung on Tuesday decided to discontinue the production and sales of Galaxy Note 7 after several reports that the smartphone devices were catching fire. While the move was an expected one, industry observers say in India, where Samsung has a market share of 25%, that this may hit the credibility of the company.

Samsung's brand image will be impacted in the short term because the company was not able to fix the issue in the second attempt as replacement devices also caught fire, Tarun Pathak, senior analyst, CounterPoint Technology, told Techcircle.

"The long term impact will depend on how Samsung comes out with complete investigation and assures the end user that it won't happen again and does it with utmost transparency," said Pathak.

The market was poised for an interesting battle as Note 7 was launched almost a month earlier than Apple's iPhone. Samsung already has Samsung S7 and the S7 edge in the market but Note 7 could have been the game changer to build up on the market share.

Samsung commanded the top position in the Indian market with 25% market share in Q2 2016, according to a report compiled by research firm IDC. The company has been gaining significantly in the mid-level smartphone category on the back of the 'J' series.

With the Note 7 out of business now and the next big launch still months away it is most likely to crack things for Samsung in the premium category while the overall market share which stands at 25.1% is also likely to take a hit.

"Samsung is still 5 months away from its upcoming flagship with a crucial festive and year ending season involved within. This is going to be a tough long wait for Samsung," added Pathak.

The Note 7 fiasco opens a mirage of opportunities for Google's Pixel which is coming to India in the next few weeks and Apple's iPhone 7 which arrived a few days back.

Apple shipped 800,000 smartphones in India in the second quarter of 2016, down by a third from 1.2 million in the same period last year. Its market share in the country fell to 2.4% from 4.5% during the period, according to US-based research firm Strategy Analytics.

With Apple's latest offering getting a good response, Apple has a chance to revive its falling fortunes in the country. Apple iPhone 7 will now directly compete with Google's newly launched Pixel smartphone, its first bet into the hardware business.

For Samsung, it will require time to swipe away the fear and build the same trust factor when it comes next around with Note 8.