Forex marketplace YuMiGo raises $300k in first round of funding 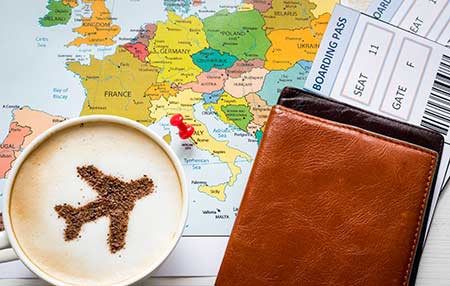 YuMiGo, a discovery and transaction platform on web and mobile for foreign exchange and international SIM card services, has raised $300,000 (Rs 2 crore) in its first round of funding, according to a company statement.

The startup has also announced the launch of its travel website that helps international travellers while planning and also during the trip.

"I realised how frustrating it gets to plan a trip abroad because a traveller has to engage with multiple service providers for getting a visa done, buying foreign currency or a calling card and figuring out the right travel insurance. We came up with the idea of not just helping out a traveller, but also creating a systematic honest search that will not leave a traveller swindled," said Rishabh Sood, co-founder at YuMiGo.

"While selling flights or hotels, nobody is thinking about the traveller", said Pratyush Kukreja, who teams up with Rishabh as co-founder for their second startup together. He added, "If a business solves more than one pain point for a traveller, it can engage at a deeper level, which translates into increased loyalty, a larger share of traveller's wallet, higher LTV and lower CAC."

The duo of Rishabh and Pratyush are joined by Anirudh Rastogi, a graduate from Harvard Law School, to advise them on regulations in forex and other services; and Arun Arya as the product lead for building the web and mobile applications for YuMiGo.

YuMiGo is a NASSCOM-10k startup and counts Saurabh Srivastava, ex-CMO at Ixigo & Jabong and Shesh Vasudevamurthy, ex-Product Head at Groupon APAC & co-founder at Xervmon Inc. as its mentors.

At present, YuMiGo offers currency for over 100 countries globally, over 50 voice plus data bundles to suit traveller's requirements, travel insurance plans from multiple service providers and visas for all major countries.

YuMiGo will also launch services in travel inspiration and in-destination engagement with the travellers to offer complete solution, and is already in discussion with multiple global service providers.

UAE-based Fxkart.com FZ LLC, which runs an India-focused online property for foreign currency exchange under Fxkart, a direct competitor to YuMigo, had raised $1 million (Rs 6.27 crore) in seed funding in 2015 from Faraz Naqvi.