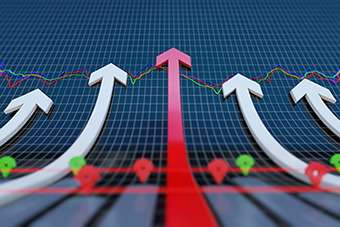 For the three months period ended September 30, the company posted consolidated net loss of Rs 66.5 crore, compared with a loss of Rs 39.2 crore, in the same period a year ago. The company attributed most of its losses to various investments.

Television shopping and e-commerce firm HomeShop18 executed 22.2 lakh transactions in July-September quarter, up by 17% in the same period last year and 13% in the past quarter. Its cumulative customer base crossed 19.9 million against 15.8 million in the second quarter of the previous year and 18.9 million in first quarter of this year.

"The TV Shopping business run by Homeshop18 continued to face challenges because of the regulatory and business environment. The performance was also impacted by an overall increase in distribution and fulfilment cost. The business is taking steps to grow its customer base via strengthening distribution network and to contain costs," the company said in the stock market disclosure.

Movie ticketing platform BookMyShow registered a rise of 10% with average page views clocking at 2.2 billion per month when compared to the same quarter previous year. Bookmyshow expanded its international presence to Indonesia and Sri-Lanka during this quarter.

As per its last financial disclosures, the company had posted a profit of Rs 3.17 crore for the financial year FY16 after suffering losses for two consecutive fiscal years.

In July this year, BookMyShow had raised Rs 550 crore ($81.5 million) from existing and new investors in one of the largest funding rounds for an Indian consumer Internet firm in recent months.

Voot, an Over The Top (OTT) digital video platform commercially launched in May 2016 by Viacom18, a joint venture between Network18 Media & Investments Ltd and Viacom Inc, has garnered more than 10 million app downloads with over 15 million monthly active users across mobile and web. The company said viewers spend 40 minutes on average each day on the platform.