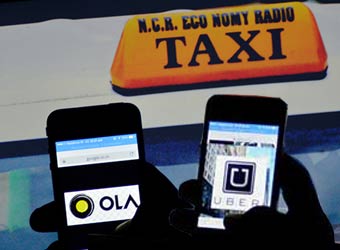 In their bid to cut costs and attain profitability in the long run, cab aggregators Uber and Ola are raising fares in major cities and reducing driver incentives.

As per the information given on its website, users in Delhi-NCR region will have to pay a higher fare of Rs 12 per kilometre on UberGO after the first 20 kilometres. "After the first 20 kms, you will be charged Rs 12/km on UberGO and Rs 13/km on UberX," Uber said in an email to customers. Till now in NCR, commuters have been paying Rs 6 per kilometre irrespective of the distance traveled.

"To ensure a reliable ride when you are traveling long distances within Delhi NCR, we are introducing a revised fare structure for trips longer than 20 kms. The change aims at ensuring you get a ride when you need one by justifying economics for our driver-partners," Uber said on its website.

Home-grown Ola, run by ANI Technologies Pvt. Ltd, too has increased fares in Delhi-NCR for long distance rides. According to The Indian Express, Ola Micro charges customers Rs 6 per kilometre for the first 20 kilometres after which Rs 12 per kilometre is applicable. It matches the charges of Uber's budget service UberGo.

Meanwhile, The Economic Times reported that both the companies have reduced driver incentives too. Ola has slashed the driver incentives by as much as 20-40% in Delhi compared with a year ago while Uber has tweaked its incentive structure to pay drivers based on their earnings rather than on the number of completed trips, the report said.

Amidst all these, Bhavish Aggarwal, co-founder and chief executive, Ola, said that the company will skill 50-lakh driver entrepreneurs on its platform by 2022.