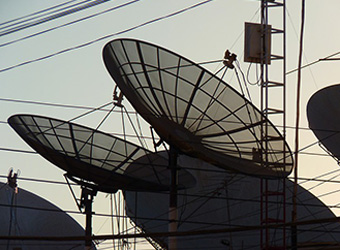 Telecom giant AT&T is in advance stage to acquire Time Warner in an estimated USD 80 billion deal, according to a media report which said the agreement could result in creation of a new conglomerate in the field of media and Internet.

The Wall Street Journal said the deal could happen as early as this weekend.

It would unite AT&T's wireless, broadband and satellite TV brands with Time Warner's entertainment empire, which includes cable networks such as TNT, TBS, CNN, the prized HBO channel, and the Warner Bros film and TV studio, the daily said.

Earlier Apple had eyed on Time Warner, but the negotiations could not move beyond a point.

The talks are no longer active but Apple continues to monitor the situation.

"If a Time Warner sale occurs that could encourage other telecom and media companies to pursue their own combinations," the Journal said.

The deal would set a milestone in the converging media and telecommunications sectors and unleash a far-reaching reordering of the industry as rivals are spurred to attempt their own deals, it said.

According to The Wall Street Journal, an AT&T-Time Warner merger would be the most ambitious marriage of content and distribution since Comcast Corp's 2011 purchase of NBCUniversal and would create a behemoth that rivals that cable giant.

"Its value potentially would stand as the biggest media deal in recent years: Time Warner has a market capitalisation of USD 72 billion and AT&T's is USD 226 billion," it said.