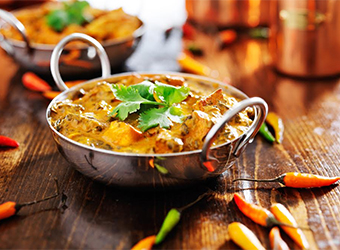 The investment will be used for the expansion of the company's ethnic packaged food products business.

In February last year, the company had raised $115,000 from investors like CommonFloor.com's co-founder Sumit Jain, Xerox India's MD Rajat Jain and Samsung's Network Business VP Sanjay Bhasin. Before that, the firm raised angel investment from a group of individuals in 2014.

Sattviko says it offers 'Sattvik' food, which is made without onion and garlic. It serves continental, Indian and Mexican meals, salads, munchies, desserts and beverages. The company also has an online marketplace where it sells Yoga and Ayurvedic products.

The company claims to have become operationally profitable in July, and has also expanded to Gandhinagar in Gujarat. Its other outlets are in Delhi, Jaipur, and IIT Roorkee.

In the packaged food segment, Mumbai-based packaged food startup Yumlane raised nearly Rs 6.6 crore in a seed round of funding led by Flipkart co-founder and CEO Binny Bansal in August.

*This article has been modified to update the name of the investors.