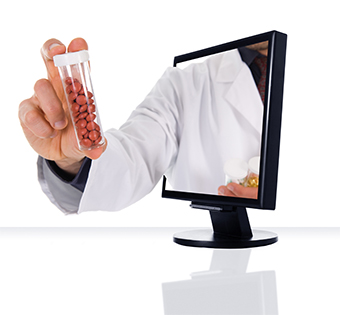 With the latest round, the startup has so far raised Rs 50 lakh. Medzin, launched in November 2015, had received initial funding of Rs 20 lakh from Sikander and Haridas T, director of operations at Sitics.

The startup has used the funds to develop its product, accelerate growth and to create marketing campaigns, Vishnu Shankar, CEO and co-founder told Techcircle.

The first tranche of seed investment went into developing the basic version of the app, which was released in May this year.

The latest funding was raised in March 2016 but the founders decided to keep it under wraps. "We are going public now to show people that we are backed by somebody, we have a proven track record and are surviving in a very cash-efficient way in the market, considering what we have received is very small." said Shankar.

Medzin was founded by entrepreneurs Vishnu Shankar  ( who is currently the chief executive), Madhav Shankar (chief operating officer), Raghav Sarda (chief finance officer) and Suyash Mohan (chief technology officer). It is a team of eight people including the co-founders.

For online ordering and delivery of medicines, Medzin has its own in-house delivery team and has 30 pharmacies registered on its platform. For this part of the business, the firm monetises through the direct sale of medicines to consumers and the company generates 60% of its revenues from the sale of medicines. It also takes a partial commission from the discounts offered by the pharmacies. Besides medicines, Medzin also sells beauty and wellness products, which constitutes 40% of its revenue.

Users can also book doctor's appointments on the Medzin app. Currently the firm has 150-200 doctors registered on its platform, free of cost. It has plans to charge doctors between Rs 200 and Rs 400 for registrations. The startup has also signed up with about 50-60 laboratories in Delhi.

Shankar claims that in the last two to three months, the firm has catered to 200-300 orders on average, along with 8,000 to 9,000 downloads on the App Store and Play Store. He also claims that the company has managed to get about 20-30% return customers. It presently offers its services only in Delhi.

In the coming months, it aims to expand to Mumbai and Bengaluru. It also plans to launch a website.