On Monday morning, Pranay Jivrajka, chief operating officer of cab-hailing firm Ola, called for regulations to end capital dumping and predatory pricing, which he says, are distorting the market.

"There is an urgent need for adequate regulation to curb predatory pricing and capital dumping in the ecosystem in the interest of co-existence of all players," he was cited as saying by the Press Trust of India in a report.

While he did not name Ola's arch rival Uber, he stressed that foreign capital should not be put to use only for disrupting (read discounting) prices.

The statement from Jivrajka, ironically, comes at a time when Ola has neither shied away from foreign investments nor from the mindless pricing war. 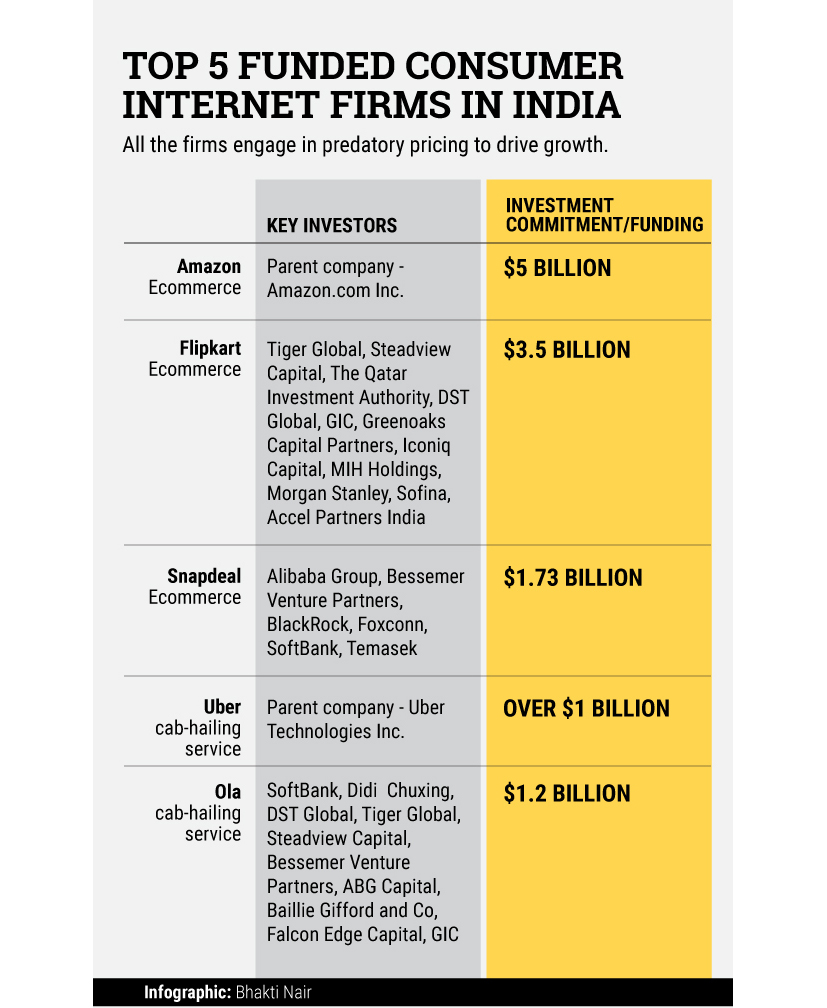 But Ola is not alone in luring foreign capital. And, this is probably why the Bengaluru-based firm is feeling the pinch because others are also adopting the same competitive pricing and discounting strategies.

In fact, all the top consumer Internet companies in India are driven by foreign capital. Uber India is backed by its deep-pocketed parent Uber Technologies Inc. E-commerce firms Flipkart and Snapdeal have raised billions of dollars from foreign investors. Their main rival is the local unit of Amazon.com Inc, a very deep-pocketed US e-tailer.

All these companies are throwing money at consumers by giving cash back or offering discounts to protect or expand their market share.

Here's the list of top five consumer Internet firms in India that have attracted most foreign investment over the years, but are constantly engaged in predatory pricing strategies.