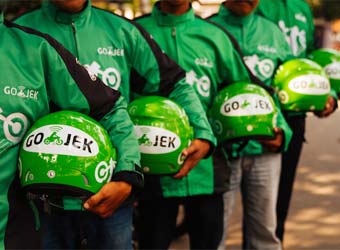 The acquisition is aimed at strengthening and upscaling Go-Jek's product development, design and engineering platforms to support the unicorn's burgeoning Indonesia operations, the company said in a statement.

Following the acquisition, LeftShift's operations and team of 42 members will be completely integrated into Go-Jek's India arm, Go-Jek Engineering India in Bengaluru. Furthermore, Go-Jek's India headcount will increase from 60 to over 100.

Sudhanshu Raheja founded LeftShift Technologies in 2007. The startup ideates, designs, and deploys applications for clients on iOS, Android and the web. It has developed apps for companies such as BookMyShow, 1mg, Ubisoft, PepperTap, Citrus Pay, India Infoline, Byju's, OYO Rooms, to name just a few. Prior to the acquisition, LeftShift was also engaged on designing and developing Go-Jek's app.

"Being fully aware of its operations, we immediately knew that our resources and technology would certainly complement and accelerate product development at Go-Jek. Moreover, the fact that our work would help millions of Go-Jek mobile app users in Indonesia is something we are very excited about as well," Raheja said in a press note.

In a statement, the company said that it intends to continue shoring up its India operations as it eyes more talent for key processes like data science, mobile, security and DevOps.

Go-Jek was founded in 2010 by Harvard alumnus Nadiem Makarim and Michaelangelo Moran. It has partnerships with 200,000 motorcycle and car drivers and 5,000 truck drivers. It launched its bike-hailing app in January 2015. Besides urban transportation, it offers services for food delivery, an aggregation platform for shopping centers and e-wallet. To provide these services, the company has taken on board 35,000 food merchants and more than 3,000 service providers on its platform.