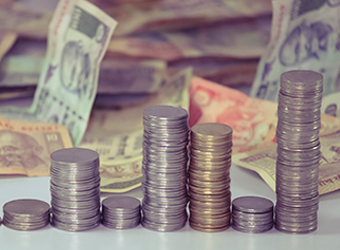 Square Yards will use the funds to enhance its distribution network across India and overseas and expand operations to more than 25 countries, the company said in a statement.

Kanika Gupta Shori, founder and COO of Square Yards, said the company will be able to draw on Reliance's experience in growing the business. "Besides capital, we will also get access to best practices in running large consumer businesses," she said.

Founded in 2013 by husband-wife duo of Tanuj Shori and Kanika Gupta, Square Yards offers solutions for property-related needs. It caters to residential and hotel projects, student accommodation and mall redevelopment.

In May 2015, the company had raised $6 million in a pre-Series A round from a clutch of unnamed investors from Singapore and Hong Kong. The next month, it acquired Singapore-based LUXE Real Estate for an undisclosed amount and merged real estate research portal Realizing.in with itself.

Square Yards didn't disclose the name of the new PE investor. However, a person familiar with the development said the investment was made by Reliance Venture Asset Management, part of financial services firm Reliance Capital Ltd.

Reliance Equity Advisors was renamed Fairwinds after a spinoff in 2014 where its top management floated an independent firm and floated a new fund. The firm continues to manage the legacy portfolio of the fund raised under Reliance Group.

Fundraising by realty-tech firms has slowed significantly since the peak of early 2015. The slowdown in the digital real estate sector recently prompted Times Internet Ltd, the digital business arm of media conglomerate Bennett, Coleman and Co. Ltd (BCCL), to scrap its plans to raise $100 million from external sources for its realty portal MagicBricks.

Also, tepid property sales and a drop in prices have triggered mergers in the industry. Tiger Global-backed CommonFloor, for instance, merged with online classifieds player Quikr earlier this year. Likewise, PropTiger had bought Makaan last year. News Corp, the parent of this news website, owns a significant stake in PropTiger.

*This article has been modified to correct the name of the investor.