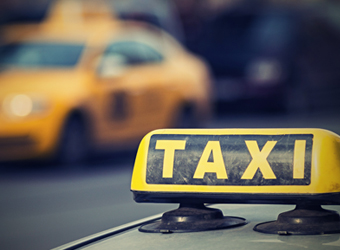 Jakarta-based ride-hailing and on-demand services startup Go-Jek has opened an engineering facility in Bengaluru, the company announced on Thursday.

But the founder and CEO of the company Nadiem Makarim, who is a Harvard Business School graduate, told Techcircle that it has no immediate plans to enter the ride-hailing market in the country.

Go-Jek, which is valued at $1.3 billion, said its engineering facility in India will also serve as its headquarters in the country.

This facility "will also become the training center for hundreds of Go-Jek engineers both from Indonesia and India," the company said in a statement. These engineers will build and service applications for the startup's Indonesia operations.

Go-Jek in India is registered as GoProducts Engineering India LLC and it focuses on product innovation, mining data and crafting consumer experiences for its parent company.

Makarim, in a statement said, "This will help us to continue and improve the daily lives of more than 250,000 motorcycle and car driver partners, more than 35,000 Go-food (food delivery wing) merchants whose businesses we helped grow and more than 3,000 service providers on our other on-demand services."

"We have been seeing how collaboration and knowledge-sharing between our engineers in Indonesia and India has helped accelerating our product innovation, mining data and crafting consumer experiences for Go-Jek," said Makarim.

Go-Jek recently made its fourth Indian acquisition when it bought Leftshift, a Pune-based mobile app developer that specialises in designing and engineering mobile applications for popular startups such as BookMyShow and Walnut.

Founded in 2010, Go-Jek had raised over $550 million in August this year, a new round of funding led by private equity firms KKR and Warburg Pincus, the largest-ever for an Indonesian technology startup.

It claims to have partnerships with 200,000 motorcycle and car drivers and 5,000 truck drivers. It launched its bike-hailing app in January 2015.