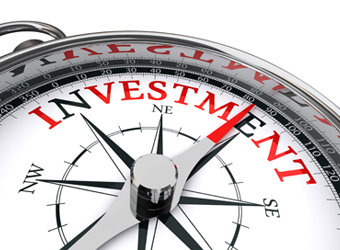 As part of the deal, iSON Group founder and chairman Ramesh Awtaney has taken up a minority stake in GolfLAN. He is also a limited partner in YourNest Angel Fund.

The startup, which is operated by GolfLan Technology Solutions Pvt Ltd, said it will use the funds to expand its presence in Africa, Middle East and SEA countries such as Malaysia, Singapore, Indonesia, Thailand and Vietnam.

"We believe that the company has great potential to enter the African market in countries like South Africa, Kenya and Nigeria where golf is gaining popularity. Our presence and know-how in these regions will expedite their foray into these markets," Awtaney said.

Last year in March, GolfLan raised $1 million in its first round of funding from YourNest and other angel investors.

The company was founded in March 2013 by Dhruv Verma, an XLRI alumnus with over 14 years of experience across BFSI, BPO and Telecom.

GolfLan offers subscription-based service for golfers to book tee times through the startup without club membership. On GolfLAN's cloud-based Software-as-a-Servive (SaaS) platform Online Tee Time Organiser (OTTO), golfers from anywhere in the world can book tee slots in over 1,000 courses across 40 countries, apart from finding golf equipment and trainers.

According to the statement, within five years, GolfLAN has grown to 20,000 users and in terms of revenue saw a 400% increase in the last 18 months.

In July 2016, it acquired a Dubai-based golf technology company StayPrime for $1 million. StayPrime's products and services have been in use in several golf courses, including Valderrama Golf Course in Spain and Wentworth in the UK. According to the company, this acquisition has helped GolfLAN strengthen its technology platform with more value-added capabilities.

On the follow-on investment, Sunil Goyal, founder and CEO, YourNest Angel Fund, said, "GolfLAN is building a solid and focused niche that is getting stronger as golf continues to become more mainstream. The company directly responds to the need of the growing community of golfers in emerging economies, and we are impressed with the adoption in such a short while."

In the last four years, the number of golf enthusiasts in India has sharply gone up, with about 200,000 people teeing as compared to just 30,000 in 2010. The potential for growth is exponential, with just 300 golf courses across the country compared to more than 15,000 in the US. Out of these 300, over 50 have been built in just the last five years with around 60% of them been built in Tier 1 and 2 cities, highlighting the rapid growth that the sport is witnessing as well as the diverse backgrounds from which the new players are emerging.

As far as Middle East is concerned, the United Arab Emirates (UAE) now counts 20 courses. It had none in 1990. Similarly, Morocco now has 40 places to play golf, up from 12 in 2000 while Dubai and Abu Dhabi today host annual professional tournaments like Omega Dubai Desert classic.

Sports-related startups have garnered a lot of investor interest lately. Leh Leh Sports, Athletto, Play Your Sport, goSporto are some of the sports-tech startups that have raised funding in last couple of months.