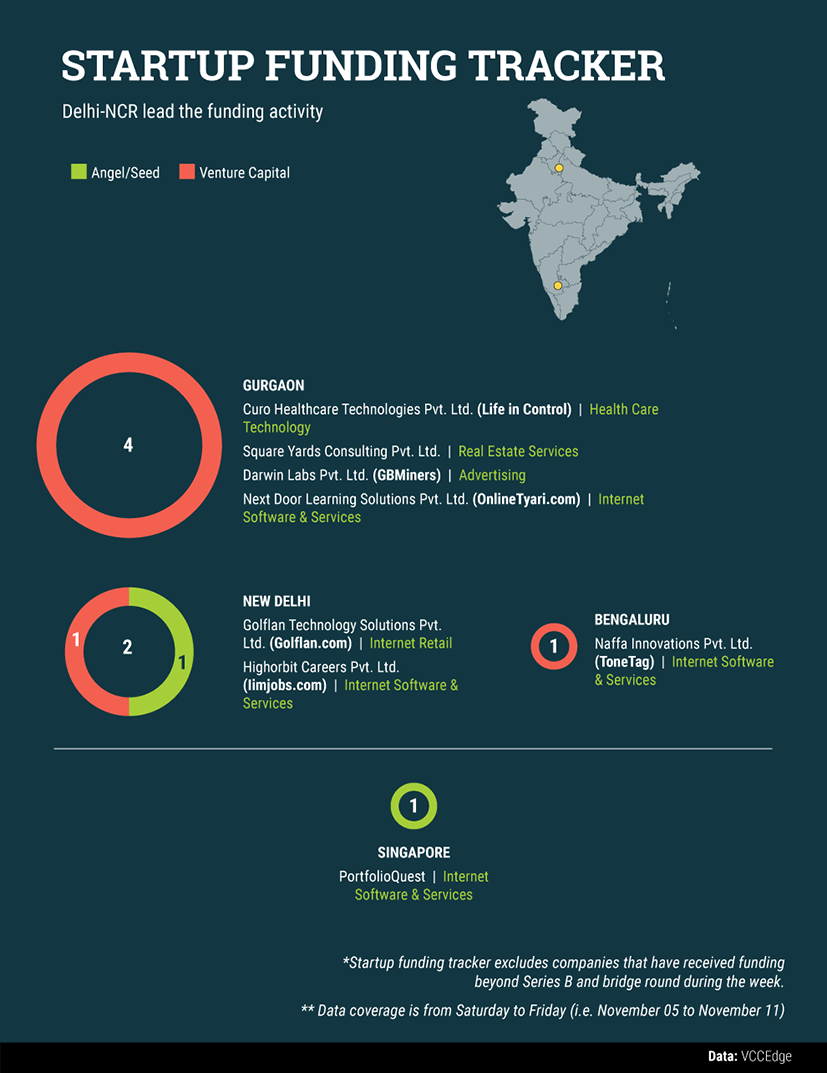 Startup funding activity was muted this past week as only six startups raised venture capital and two companies secured angel or seed-stage investments.

In another deal, Delhi-based jobs portal iimjobs.com raised $2 million in a Series A round of funding from India Quotient Fund, Calcutta Angels and others.